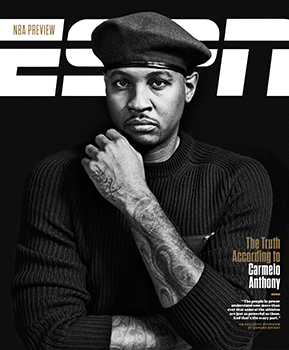 CARMELO ANTHONY, SAN FRANCISCO 49ERS Quarterback #7 COLIN KAEPERNICK and many other professional athletes have chosen to take a stand against injustice.

Here are some interview interludes from ESPN: The TRUTH ACCORDING To CARMEL ANTHONY: