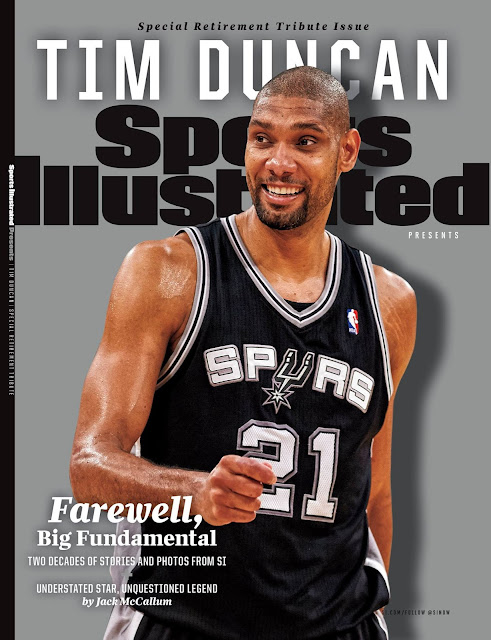 Just about 2 weeks ago, VIRGIN ISLANDS-native SAN ANTONIO SPURS Center/Power Forward #21 TIM DUNCAN announced that he has retired as an Active Player from the NBA!!!

TIM DUNCAN was the #1 OVERALL PICK of the 1997 NBA DRAFT, spent his entire 19-year NBA Career with the SPURS, and for all of his accomplishments and successes, gets his his very own SPECIAL RETIREMENT TRIBUTE ISSUE from SPORTS ILLUSTRATED Magazine!!!

TIM DUNCAN is that very rare breed of athlete who was able to spend an entire career of such duration with the team by whom he was drafted.

TD is also well-known in the world of philanthropy and charitable causes, having created the TIM DUNCAN FOUNDATION.