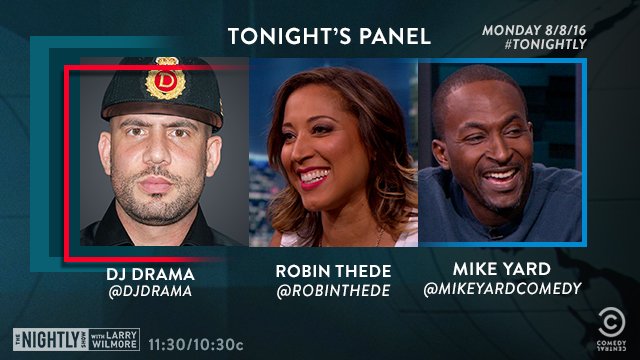 Last week on COMEDY CENTRAL, The NIGHTLY SHOW With LARRY WILMORE Host LARRY WILMORE moderated a panel discussion between ROBIN THEDE, ATLien DJ/Producer/Mixologist DJ DRAMA, and MIKE YARD during which they examined the previous week's political activities and discussed/debated whether or not this could signify the end of the DONALD TRUMP PRESIDENTIAL CANDIDACY!!!