GABBY DOUGLAS Is GETTING INTERNET SUPPORT AGAINST Her BULLIES With #LOVE4GABBYUSA!!! 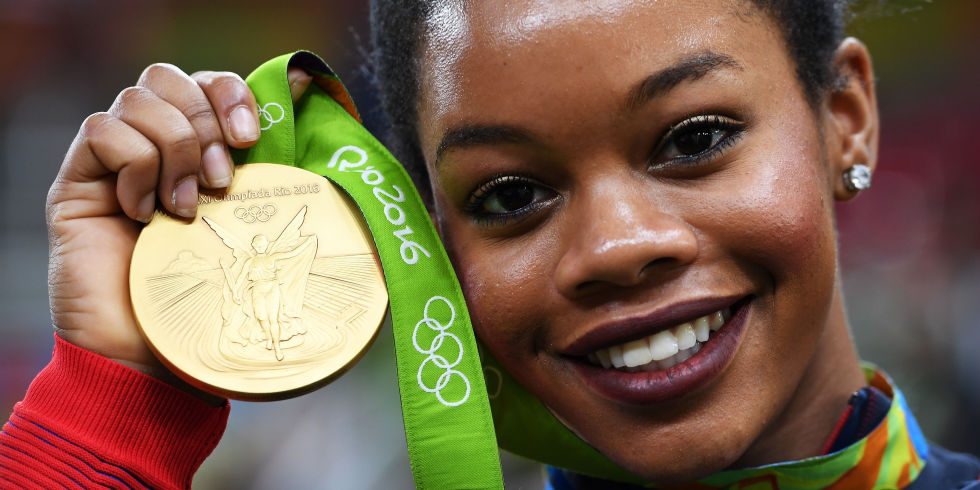 During the Raising of the Nation Flags portion of the Medal Ceremony, GABBY very appropriately stood at respectful attention while the STAR-SPANGLED BANNER was played, and the USA flag raised.

What she did not do, was to place her right hand over her heart during the playing of the U.S. National Anthem.

That singular moment became the catalyst of a firestorm of CYBERBULLYING directed by INTERNET GANGSTERS and CYBER THUGS towards this young woman who has exceptionally represented the UNITED STATES in national, international, and olympic competition.

Sunday, August 14, 20-year-old 3-Time OLYMPIC Gold Medalist GABBY DOUGLAS decided to address the press regarding the rash of negativity spawn at her;


"When they talk about my hair or me not putting my hand on my heart or me being salty in the stands and, you know, really criticizing me ... It doesn't feel good. For me, it was a little bit hurtful."

COSMOPOLITAN reports that the internet is responding with Love for Gabby with #LOVE4GABBYUSA.

Check below for a few of the supportive tweets.

Yo I just heard Gabby getting attacked on her page show her the love you showed me #LOVE4GABBYUSA send to @gabrielledoug
— Leslie Jones (@Lesdoggg) August 15, 2016


#LOVE4GABBYUSA You will always be an inspiration to young black girls. Thank you for representing your country with dignity!
— Jess (@Honey223344) August 15, 2016

When u are in your quiet moments @gabrielledoug know that u are supported and loved. U made us proud. U are enough. #LOVE4GABBYUSA
— Danielle Ricks (@daniellericks) August 15, 2016

If you're spending your time spewing hatred toward a 20-year-old Olympic gold medalist on the Internet, rethink your life #LOVE4GABBYUSA
— Emma Gray (@emmaladyrose) August 15, 2016