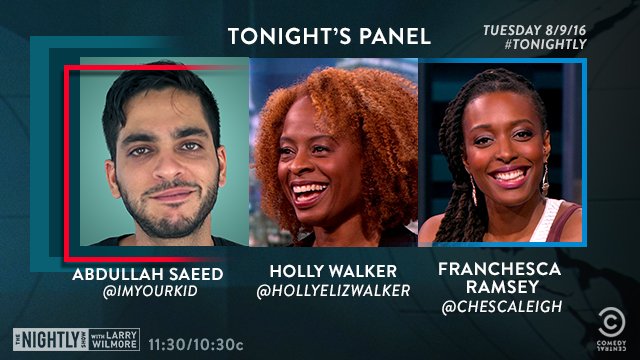 Tuesday, August 9, on  The NIGHTLY SHOW With LARRY WILMORE, Host LARRY WILMORE moderated a panel discussion between FRANCHESCA RAMSEY, ABDULLAH SAEED, and HOLLY WALKER on both the real AND imagined fallout from the recent FOX NEWS ROGER AILES SEXUAL HARASSMENT SCANDAL, which now has over 20 women alleging to have been victims of Sexual Harassment at the hands of deposed FOX NEWS Chief ROGER AILES!!!

Larry and the panel also compare and contrast how the election of President BARACK OBAMA signaled the mythical end of racism, with how the potential election pf President HILLARY RODHAM CLINTON will signal the end of sexism.