#BLACKGIRLMAGIC was most definitely in full effect on yesterday, July 4, in HOUSTON, TX, when Chocolate-Covered SPRING, TX-native WORLD CHAMPION Gymnast SIMONE BILES threw out the MOST ACROBATICALLY PERFECT FIRST PITCH EVER to begin the game between the HOUSTON ASTROS and SEATTLE MARINES!!!

NBC OLYMPICS reports SIMONE will next be in SAN JOSE, CA, for the 2016 U. S. OLYMPIC TEAM GYMNASTIC TRIALS. The trials take place THURSDAY, JULY 8 - SATURDAY, JULY 10, and the final team roster will be announced at the conclusion of the trials on Saturday, July 10.

Posted by CCG at 10:02 AM No comments: Links to this post 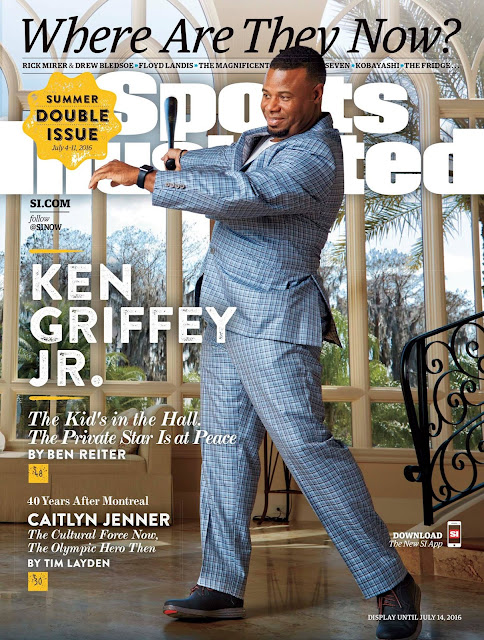 2016 BASEBALL HALL Of FAME INDUCTEE  Centerfielder KEN GRIFFEY Jr.  played with the SEATTLE MARINERS,  CINCINNATI RED, CHICAGO WHITE SOX, and his  Player Statistics prove him to be known as one of the most prolific ever to play his position!!!

Posted by CCG at 4:34 PM No comments: Links to this post Yours Truly CCG is painfully aware that by July 4, 1776, BLACK PEOPLE were just as AMERICAN as Whites, and; were not included in the initial celebrations of our nation's new freedom from ENGLAND.

The UNITED STATES Of AMERICA is still rife with problems - too many to mention for this post, and; we still have a long way to go.

However, as we continue to fight... GOD BLESS AMERICA!!!

Posted by CCG at 3:31 PM No comments: Links to this post

On his sense of determination:

"I want to keep doing what I'm doing and see how far I can go. See when it stops. See what the end is like. I want to make this moment last as long as I can make it. If I miss a day, I'm afraid I'll miss out on a smash record."

On his emotional state after separating from Singer CIARA shortly after the birth of their son:

"I was scared as shit," he says. "I was one step away from being married, and I feel like I failed publicly in relationships. Then you want to go back to doing music, to what you know. And if the people didn't accept you again, the one thing you feel like you can fall back on, it walked away from you. You feel like it's over."

On how he felt about this being his first interview since being sued by Ciara:

"I can't deal with it," he says, eyes hidden by reflector shades. "I can't even think about it. I never imagined my life would be like that: 'I'm going to sue you and take away from you.'" The studio, then, becomes a place to hide, too: "I don't know how to deal with something like that," he says. "All I know is record, record, record,

On his upbringing which was at times, very perilous:


"Some people are from rich families. I was from a drug family.The worst thing that happened was, I was in my grandma's house, and some robbers came in and kicked in the door." He was six or seven years old. The assailants tied everyone up during the robbery. "At the time," Future says, "it wasn't even traumatic. I come from that kind of family. I had to get over it."

On his past affinity for the narcotic beverage he termed "DIRTY SPRITE":

"At first, it wasn't something that I loved. It wasn't till I discovered what I loved about it. Some people take drugs and they don't understand the high. They take it just to be high. It started making me more relaxed. Sometimes you experience anxiety, and it did me some good for that. I don't feel like I ever abused it. I used it for what I felt was needed."

On his longterm goals, aspirations, and; that for which he asks when he prays:

"I'm just looking for stability and longevity. I'm really doing it for stability for my kids. Don't ask for a million dollars. Ask for the stuff that'll get you a million dollars – your health, your brain, your sanity, wisdom. Prepare me for when I do get that million. Make sure I don't go crazy, make sure I help my family. You don't want to ask for a big-ass house and you burn the b*tch down, and then you say, 'God, give it to me again.'"


THEYBF
Posted by CCG at 4:48 PM No comments: Links to this post 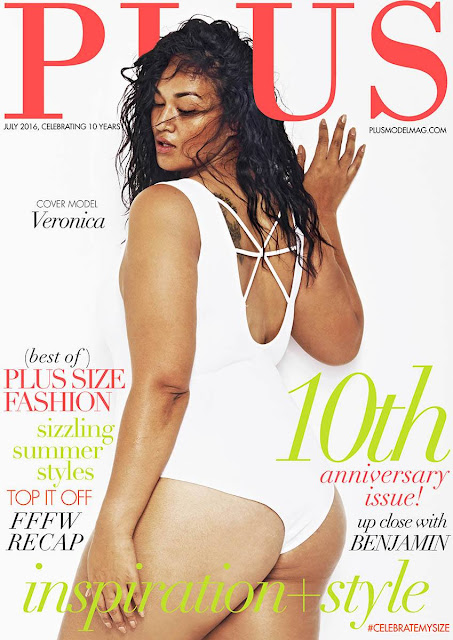 Posted by CCG at 3:57 PM No comments: Links to this post

2016 marks the FIRST NCAA TITLE for the CHANTICLEERS.

Posted by CCG at 3:20 PM No comments: Links to this post

MUHAMMAD ALI On ROLLING OUT!!! Un less you have been completely living under a rock, then YOU do know that 3-Time WORLD HEAVYWEIGHT CHAMPION Boxer/Humanitarian/Activist MUHAMMAD "The GREATEST Of ALL TIME" ALI passed away Friday, June 3, 2016, from Septic Shock, a complication from a 30-year battle with PARKINSON'S SYNDROME, at a hospital in SCOTTSDALE, AZ, at the age of 74!!!

Both services took place in his hometown of LOUISVILLE, KY.

Courtesy of the really good folks at ROLLING OUT Magazine, here are 7 of the TOP 10 INSPIRING MOMENTS from The JANAZAH And PUBLIC MEMORIAL SERVICES For MUHAMMAD ALI:

The overall lesson
Muhammad Ali once said that he was “bigger than boxing.” It was a true statement that reveals how he allowed himself to be greater than expectations. He was more than an athlete, he was a leader, humanitarian, and a father. There is always room to destroy limitations.
The notable faces who paid their respects
Prominent figures from around the world paid tribute to Ali. Valerie Jarrett, Louis Farrakhan, Will Smith, Mike Tyson, President Clinton, Billy Crystal, Jesse Jackson, Bernard Hopkins, Turkish President Recep Tayyip Erdogan, and King Abdullah II of Jordan were all in attendance.
The thousands who attended
Over 30,000 people paid tribute to Ali at his Janazah and memorial service. His Janazah was the largest Muslim ceremony on American soil.
The inspirational words
Ali was known to inspire through words and actions. He became a champion because he trained like a champion inside and outside of the boxing ring.
The hip-hop influence
Muhammad Ali may be the greatest influence on hip-hop. His impromptu rhymes were a form of rap freestyle decades before rap became prominent. Inspired by Ali, rapper Lupe Fiasco attended Ali’s memorial.
The poetry of Muhammad Ali
Muhammad Ali often wrote poetry. Inside the museum, several of Ali’s poems and short essays were featured. He was a gifted storyteller.
The Olympic torch
The Olympic torch is featured in the museum inside the Muhammad Ali Center. During the 1996 Olympics in Atlanta, Ali lit the torch in a moment that proved that he was the Greatest of All Time and touched lives around the world.
-CCG

Posted by CCG at 2:22 PM No comments: Links to this post