MORE Than 64,000 BLACK WOMEN Across AMERICA Are MISSING!!! 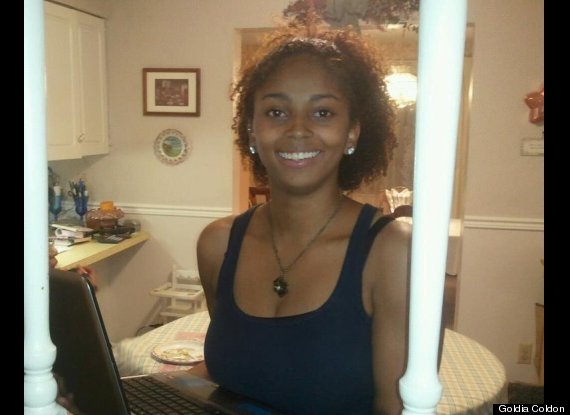 Three hours later, the vehicle was found at an intersection 25 minutes away in East St. Louis. The driver’s door was open, the car was empty and the engine was still running.

Since then, nobody has seen, spoken with, or; even heard from PHOENIX COLDON.

The Coldons commemorated their daughter’s 26th birthday on May 23, a bittersweet moment considering the circumstances. But her disappearance represents a much larger problem: As of today, more than 64,000 black women remain missing across the United States.

Daily Mail explored this phenomenon in early 2012, and recently reposted their story to draw new attention to the issue. The statistics, in addition to others published by the FBI and the nonprofit Black and Missing Foundation, paint a grim picture of race and disappearance in America.

This is especially troubling when you break down the numbers by age. Black and Missing reports that 37% of missing minors and 28.2% of missing adults in 2013 were black. No fewer than 270,000 minorities have gone missing since 2010, 135,000 of whom were black and 64,000 were black women, according to the Atlanta Black Star.

The reasons for these disappearances vary, and cannot all be attributed to foul play. But a telling pattern emerges in how they’re documented by the media, with critics citing a stark racial divide in news coverage of such incidents.

Essence points to a 2010 report titled “Missing Children in National News Coverage,” which found that while black children accounted for 33.2% of missing children that year, the media exposure rate was an unimpressive 19.5%. While black men go missing at statistically higher rates, coverage of black female disappearances is particularly telling in light of the attention similar stories get when white women are involved.

Do you, u, You, U, or, YOU remember NATALEE HOLLOWAY, the Beautiful, Blonde, Intelligent, Loving, YOUNG WHITE WOMAN whose photograph appears in the Missing Poster in the above photograph???

MUCH RESPECT to the HOLLOWAY family for putting in the work.

HOWEVER; YOU probably DO remember NATALEE HOLLOWAY, because the POLICE, the local POLITICIANS, and the NATIONAL NEWS/ENTERTAINMENT/SOCIAL MEDIA made sure that you did not forget her!!!

The same cannot be said for the coverage given to the cases of YOUNG BLACK WOMEN who are determined to be missing from their homes and/or families.

“If you Google ‘Natalee Holloway,’ how many impressions would you get? If you Google ‘Unique Harris,’ who’s missing from D.C., the story is not the same. We cannot wait until the news cycle. We have to get this information out right away. Our people deserve to be found. We deserve awareness so that their families can get closure.”

Natalie and her sister Derrica Wilson started the Black and Missing Foundation in 2008 specifically to raise awareness and provide resources, advocacy and pressure around this issue. Derrica has a background in law enforcement. Among the reasons she cites for disproportionate black disappearance figures are poor training and dismissive attitudes.

"I spent six months at the Northern Virginia Criminal Justice Training Academy in Ashburn, Va., where we had only two hours of training on missing persons cases. In the field, I’ve seen a majority of black missing children classified as runaways, who don’t get Amber Alerts. For black adults, police usually link their disappearances to criminal activity, so they aren’t valued as much. Training needs to be enhanced so police forces know how to handle these cases.”

Natalie told the Daily Mail that lack of newsroom diversity also skews the way black missing persons are covered by the media. And while the plight of missing black women has received more coverage of late (albeit notably through international cases, like the 276 Nigerian girls kidnapped by Boko Haram in April), it’s still not nearly at a conscionable level.

SO MANY REMAIN MISSING:

The families of gorls and women like Relisha Rudd, Kamira Baxter, Cerra Lapsley,Makayla Randall and many others still anguish over their missing loved ones. Phoenix Coldon’s family has spenttheir entire life savings and countless hours searching, posting flyers, distributing mailers, maintaining aFacebook page and appearing on TV and radio shows in a relentless effort to find their daughter.

“Some people say that they are impressed with our efforts to find Phoenix,” mother Goldia Coldon told theHuffington Post. “But I feel that we have not done enough … I don’t know what else to do.”
As the numbers clearly indicate, the Coldons are not alone. And so the search continues.