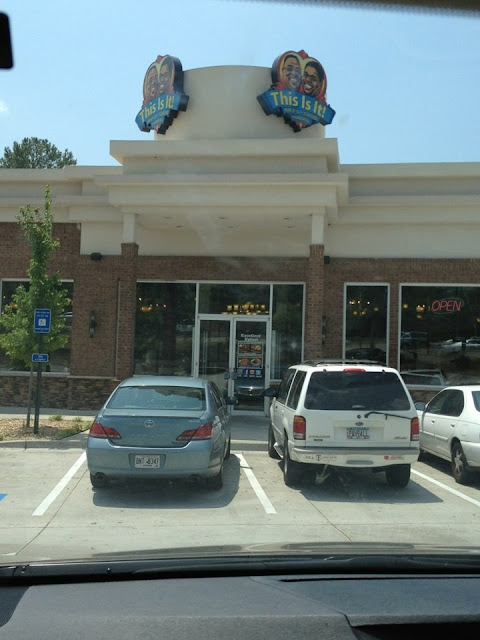 2016 was supposed to be the year that Yours Truly CCG made his triumphant return to his hometown of NEW ORLEANS for his first MARDI GRAS since evacuating his beloved home in late August 2005 due to the impending wrath of HURRICANE KATRINA!!!

However; plans are often made to be broken.

About 2 weeks prior to Ya Boy CCG making his road trip to N.O., cousin M.A.T. from California called to state that he would be arriving Saturday, February 6, for a business trip in ATLANTA, and he would love to spend some time with the family.

He really IS my favorite cousin, and; since M.A.T. would be here, Dad came up on the AMTRAK.

Cousin is back in California, and Dad will be here in The ATL for about another week.

Today, we went out for lunch.

THIS IS IT! BBQ And SEAFOOD is a family-owned restaurant chain that is currently comprised of 9 restaurants located throughout the Metropolitan ATLANTA area.

The organization is shepherded by CEO/Founder/President SHELLEY BUTCH ANTHONY, and; his beginnings in the business began at his hometown of TAMPA, FL, where his parents owned a diner.

Over 30 years ago, BUTCH relocated to ATLANTA, and soon opened his own first restaurant.

In 1983, BUTCH and Wife BARBARA re-branded the business as THIS IS IT! BAR-B-Q & SEAFOOD.

Arriving at about 1:00 PM, the joint was jumping. YES... on a TUESDAY Afternoon, THIS IT! was in full-swing. Seating was at about 50% capacity, but; the line was deep, and they do a substantial amount of carry-out business.

They are currently running a 2 For 425 Promotion which allows for 2 MEALS, 2 DESSERTS, and 2 BEVERAGES For $25.00, and; it is most definitely worth your while to investigate. 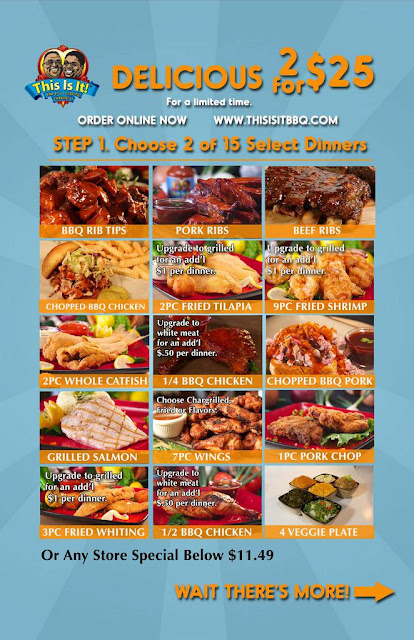 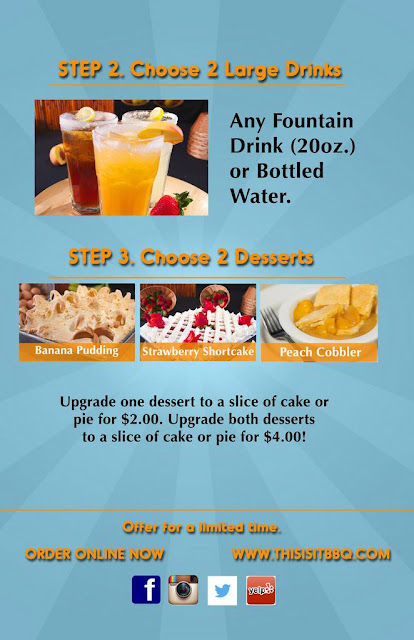 Both being in the mood for fish, both Dad and CCG had the 2 WHOLE CATFISH DINNER, which consists of 2 Whole Catfish, 2 Sides, Cornbread or Texas Toast, Dessert, and Beverage. 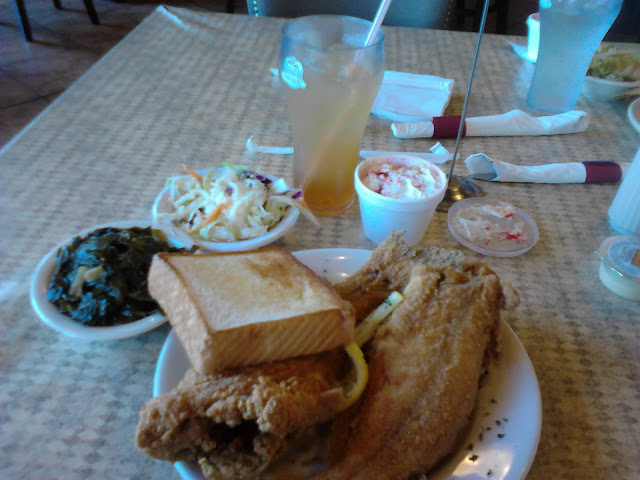 THIS was the BEST FRIED CATFISH that CCG has had in his now 10 years in ATLANTA!!!

Both fish were perfectly fried to a crispy golden-brown outside with a steamy-hot fork-flaky-tender inside.

The Collard Greens were flavorful and slightly crunchy without being over-seasoned and soggy, and; the Cole Slaw was well-shredded, moist, and just-right slightly-sweet, without being shredded to rice-size and soggy.

The Strawberry Shortcake is prepared in a huge pan and then scooped into a small dessert cup container. The strawberry topping/filling was sweet an tasty without being overwhelming, the cake was moist and flaky, and the whipped cream was nice and cool.