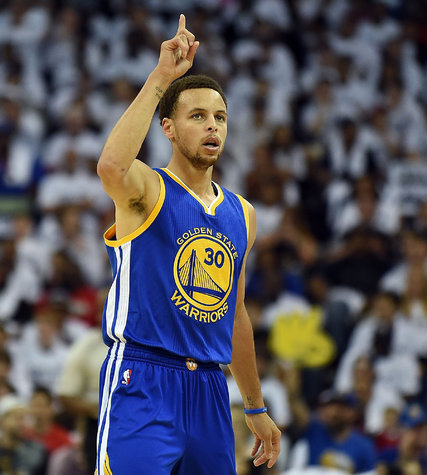 
STEPH CURRY now joins Larry Bird (1986), Michael Jordan (1991-93) and LeBron James (2013) as the only basketball players to earn the honor since the award’s inception in 1931.
Golfer JORDAN SPEITH and 2015 TRIPLE CROWN-winning Race Horse AMERICAN PHARAOH were the runner-ups to Curry.
In 2015, Curry led the Warriors to their first NBA championship in 40 years following a franchise-record 67-win season and joined Wilt Chamberlain (1959-60) as the only players in franchise history to be named the league’s Most Valuable Player. The 6’3” guard broke his own single-season NBA record by hitting 286 three-pointers in 2014-15, his third consecutive year leading the league in threes.