SPIKE LEE On INSTAGRAM: HE And Mrs. LEE Are BOYCOTTING The 2016 #OSCARSSOWHITE 'Cause It's #ALLWHITEEVERYTHING At The #ALLWHITEOSCARS!!! 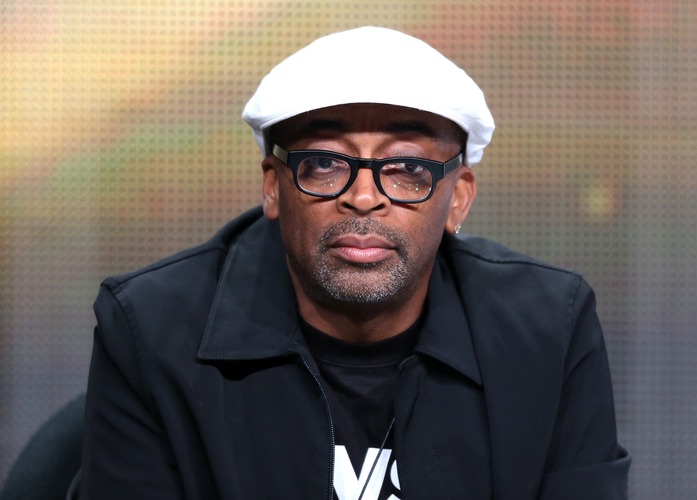 Earlier this morning, Monday, January 18, FILM Director/Producer SPIKE LEE took to his INSTAGRAM account to announce that he and his wife, Mrs. TONYA LEWIS LEE Will NOT Be ATTENDING The 2016 OSCARS CEREMONY!!!

In his statement SPIKE LEE said that he intends no disrespect towards the 2016 Host CHRIS ROCK, Producer REGINALD HUDLIN, or ACADEMY Of MOTION PICTURES ARTS And SCIENCES President CHERYL BOONE ISAACS:


“We cannot support it and [I] mean no disrespect to my friends, host Chris Rock and producer Reggie Hudlin, president [Cheryl Boone] Isaacs and the Academy,”        Lee wrote. “But, how is it possible for the second consecutive year all 20             contenders under the acting category are white? And let’s not even get into the other branches. Forty white actors in two years and no flava at all. We can’t act?! WTF!!”


“Dr. King said, ‘There comes a time when one must take a position that is neither safe, nor politic, nor popular, but he must take it because conscience tells him it’s right,’”


“For too many years, when the Oscar nominations are revealed, my office phone rings off the hook with the media asking me my opinion about the lack of African-Americans and this year was no different. For once (maybe), I would like the media to ask all the white nominees and studio heads how they feel about another all-white ballot. If someone has addressed this and I missed it then I stand mistaken.”

According to Lee, a solution to the diversity issue could be found via practices enforced by the National Football League, specifically the Rooney Rule. Enacted in 2003, the Rooney Rule requires every NFL team to interview at least one minority candidate for head coach openings and other senior positions.
“Why can’t Hollywood do the same? It’s worth the effort or it will be the same old hi-jinks,” Lee wrote. “I do hope in my children’s lifetime thing swill change for the betterment of all Americans. A great diverse America.”
At the Governors Awards in November, Lee made similar comments, and noted how U.S. census date showed that by 2043, “white Americans are going to be a minority in this country.”


ENTERTAINMENT WEEKLY
Posted by CCG at 10:13 AM