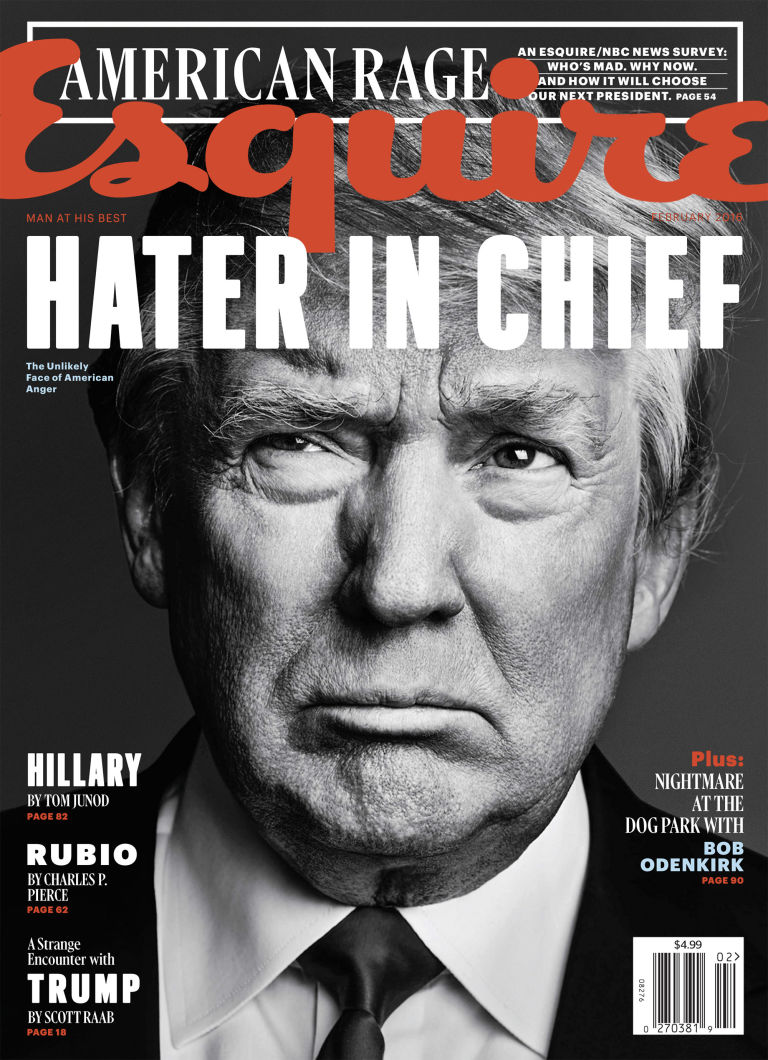 For February 2016 ESQUIRE Magazine Editor-in-Chief DAVID GRANGER gives a few choice on Candidate DONAD TRUMP who aspires to be COMMANDER-In-CHIEF, but; because of his penchant for vitriolic soliloquy, has actually fashioned himself into DONALD TRUMP: HATER-In-CHIEF!!!

This erupting and overflowing AMERICAN RAGE is a  VERY REAL THING.

However; from whence does it come, and; what are the potential consequences???

So who is responding to the outrageous and offensive utterances that fall unconsidered from his mouth?
For this issue, we worked with our friends at NBC News and SurveyMonkey on a sprawling piece of original research intended to identify the roots of the rage that seems so rampant across so much of the country. The survey illuminates the darker precincts of the American psyche like never before. Why are we so angry, and what are we so angry about? Among the many surprises is that black Americans are now more optimistic about the country than white Americans.
The angriest and most pessimistic of our countrymen are overwhelmingly Caucasian, overwhelmingly working- or middle-class, and overwhelmingly middle-aged or older.
These are the Americans—this dwindling demographic—who are shaping the presidential circus right now. And as we move past the primaries and the Republicans settle on a nominee, what this rage politics will further yield remains to be seen. Is it a passing wave or a rising tide?
-CCG 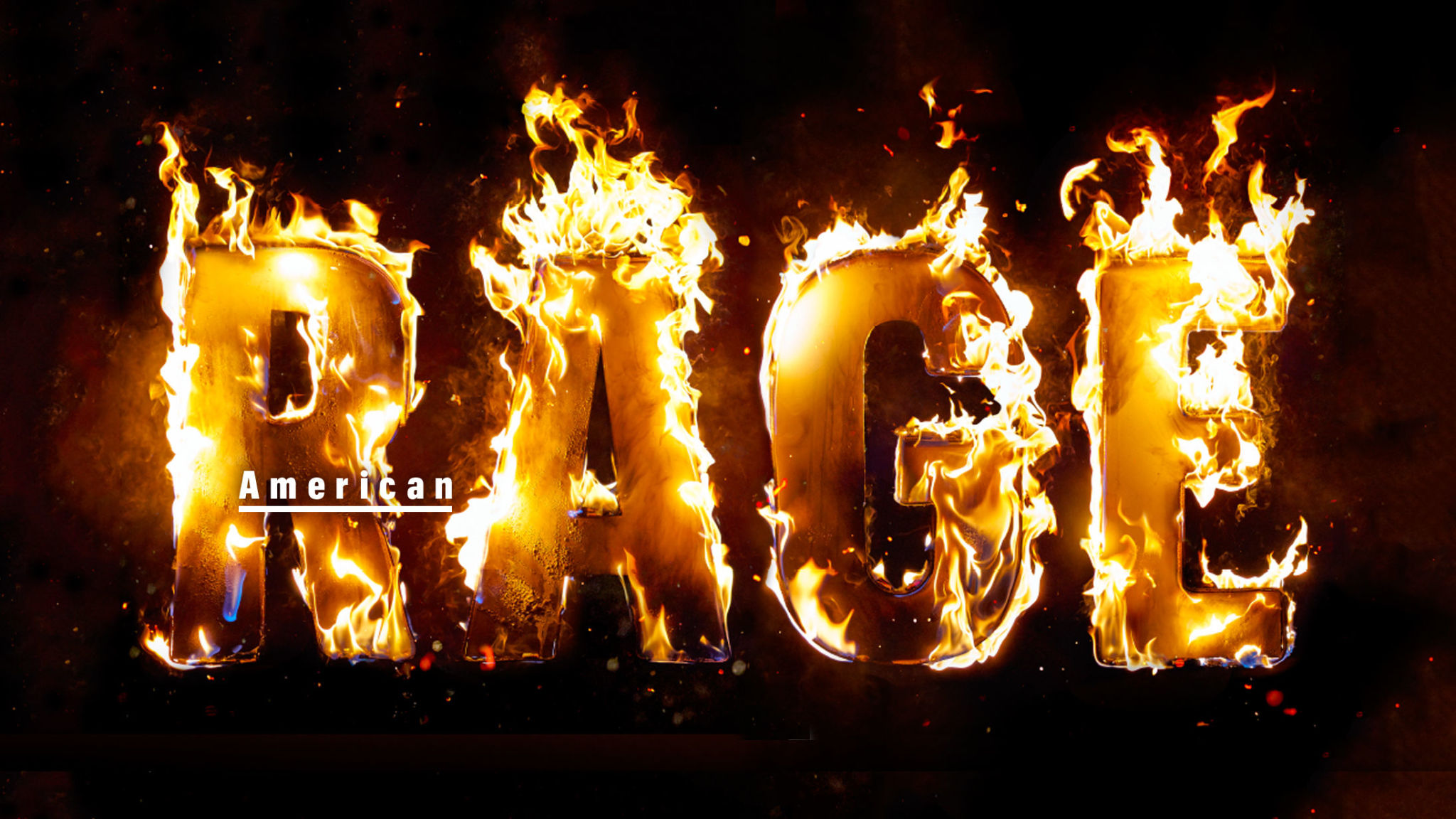