CHRISTINA MILIAN On ROLLING OUT MAG!!! 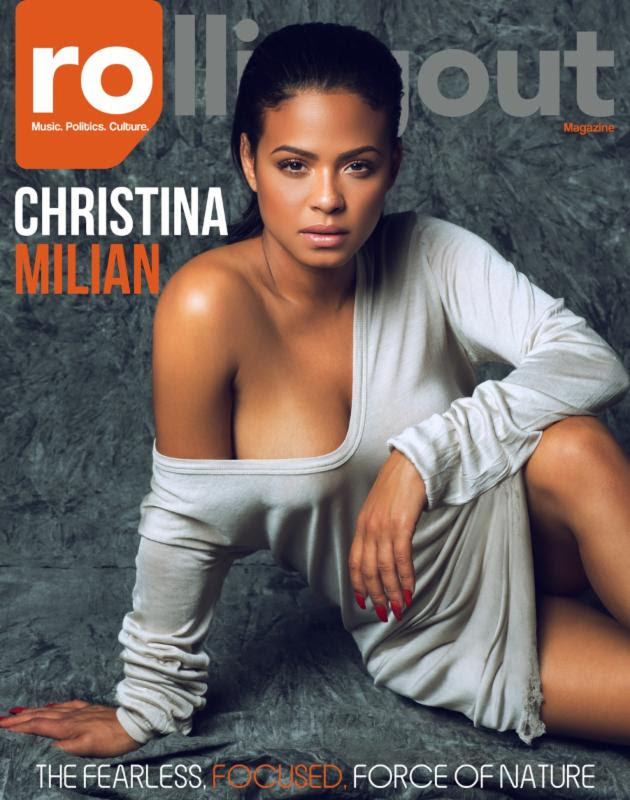 The FEARLESS, FOCUSED FORCE Of NATURE that is CHRISTINA MILIAN covers the new issue of ROLLING OUT Magazine!!!!

Did you bring in 2016 drinking your own wine, Viva Diva?
Yes! You better believe I was drinking my wine during the countdown. That’s the only way to do it, bringing in the new year thinking about all of your endeavors. I have a wine company, and that was a really great way to ring in the new year, and celebrate what’s to come. It was kind of awesome.
You have many endeavors to celebrate, including your clothing line We Are Pop Culture. How did that idea come about?
We Are Pop Culture is my clothing line for women that started with just T-shirts. The clothing line is urban street wear. It’s for women that feel confident in their own skin, and want to express themselves. The whole idea is to play with modern pop culture and previous pop culture using art, and sayings. I also have a few unisex pieces for the guys, but I really want to focus on being great at clothing for women.
You’re also a reality TV star with your show “Christina Milian Turned Up.” Did networks come to you, or did you feel you had this amazing family that the world needed to see?
Production companies have been approaching my family for over 10 years. I was pretty much down for it, but it took me a long time to convince my mom to do it. To me, I thought it would be great for branding, and it would be a great opportunity for fans to really, truly get to know me. I would also have my own voice. Sometimes, you do an interview and only a portion of the interview is included and people [form] assumptions. You read blogs all day and they think they know your life based off of what other people are stating about you. I felt like by doing “Turned Up,” it was something for my fans. It would be a great outlet for me to come out musically, and really step up my game. It’s been fantastic … I think it’s great to show vulnerability; it’s great to show your mistakes: how you get through them, and how you make them better. I’m a strong believer in evolving, [and] I think I’m just like any other woman when it comes to a lot of things. I wasn’t afraid to show it.
How do you mentally psych yourself up to pursue so many avenues within your career? It would seem like things can get overwhelming at times trying to juggle everything that you do.
It’s really all in your mind … it’s what you have to tell yourself —especially with the way I’m able to multitask between We Are Pop Culture, Viva Diva, having a daughter, and two TV shows. I’m also very close with my family. So, it takes a lot of work to be a great mother, a great daughter, and a great friend. All those things take effort, and I think after having my daughter, she opened up this fearlessness within me, and I’m setting an example for her. When I look at her, I feel like it’s now or never. When it comes down to her life, it’s going to come back to me. So, I just got tired of waiting for things to happen through other people, when so many other people are taking chances on following their dreams.
You have a new team of people working with you, and everyone seems so hands-on. What is the difference from having your mom as your manager versus your team now?
Back in the day, my team was more traditional, was more structured, and had too many rules. The new idea for me now is creativity. I like to express myself. Half of the ideas I am doing and pursuing now are ideas I have had from a long time ago. Or just in the moment, I have come up with the idea, and I’ve literally just broken it down how it can happen, and where it can happen. But it does take a team for me to be able to do all of those things. You have to be smart enough to know that just one person can’t do it all, and there’s no army of one. It does take a leader, and I think I know myself best. When it comes to my career and investing into myself, I’m going to be very particular and meticulous about how I’m doing things so that I can reach the level of success that I want. I’m also going to take some chances, because who better for me to invest in than myself? I’ve also invested into having a team of people that are as passionate about my career as I am. And they are passionate about what they do, as well. They are creative and have ideas so we can all lock in and have fun.