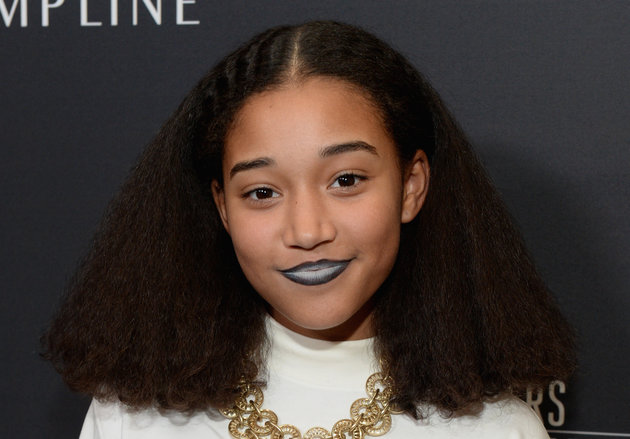 Do Black Female Lives Matter Too???

Sunday, that was the questioned posed by THE HUNGER GAMES 16-year-old star AMANDLA STENBERG.


“Black features are beautiful, black women are not,” Stenberg wrote. “White women are paragons of virtue and desire, black women are objects of fetishism and brutality. This, at least, seems to be the mentality surrounding black femininity and beauty in a society built upon eurocentric beauty standards.”

Just hours before she published her post about black female lives, she left a comment below a picture Kylie Jenner published to Instagram, which showed her hair braided in cornrows.

She called out the reality star for appropriating black culture, writing that she mainly took issue with her for adopting traits from black culture while ignoring the dangerous reality that comes with identifying as black.


“When u appropriate black features and culture but fail to use ur position of power to help black Americans by directing attention towards ur wigs instead of police brutality or racism #whitegirlsdoitbetter,”

DO BLACK FEMALE LIVES MATTER TOO???