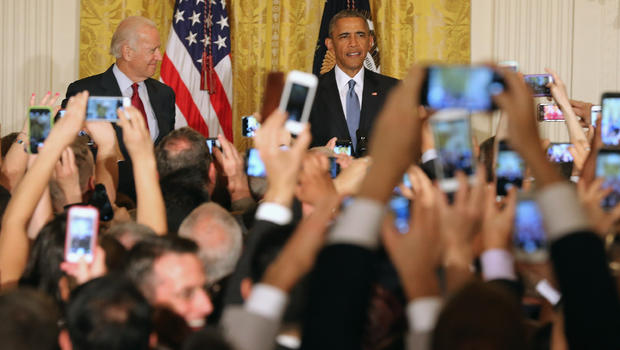 The crowd that attends the annual White House LGBT PRIDE MOTH RECEPTION is generally a welcoming one!!!

However, there was this one rowdy heckler.

TIME reports before Obama could get into his speech, he was interrupted by an attendee.

The President said he’s generally “just fine” with a few hecklers, but that when you’re in his home, you should play by his rules.

President OBAMA then requested for the person be to be escorted from the event.

As the heckler continued, The POTUS later joked;


“You know, my attitude is if you’re eating the hors d’oeuvres, you know what I’m saying…”

POTUS added, “And drinking the booze…”
After the heckler was escorted out, the event carried on. The President, however, was interrupted again later on in his speech.

After the President acknowledged hardships faced by the LGBTQ community, an audience member shouted;


“The transsexuals love you.”


“Well, that’s the kind of heckling I can always accept.”

Check for it at C-SPAN.