Born IMAN MOHAMED ABDULMAJID in SOMALILAND, when asked how a woman of a certain age remains flawless, IMAN said;


"I go to the gym, I am attentive to the diet. And I'm not complaining of the extra pounds, at least a couple, because they act as a natural botox. When women get older the first place you see it is the face that becomes too thin, worn out, tired. And then they go to get botox, but for me the best remedy is a bit 'overweight'." 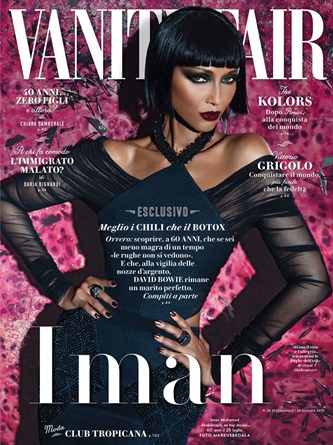