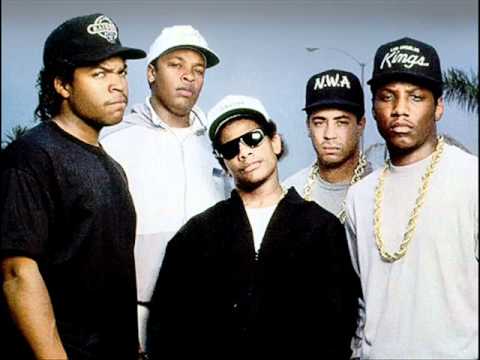 On Saturday, June 27, in LOS ANGELES, Rapper/Producer/Actor/Film-TV Director-Producer ICE CUBE will reunite with MC REN and DJ YELLA for a LIVE performance of several N.W.A. hits during the BET EXPERIENCE at the STAPLES CENTER!!!

The N.W.A. reunion comes right before the release of film, STRAIGHT OUTTA COMPTON, the biopic chronicling the origins of N.W.A. currently scheduled for wide-release Friday, August 14, 2015.

BET EXPERIENCE At L.A. LIVE Presented by COCA-COLA is the official title of the festival that will take place Thursday, June 25 - Sunday, June 28.


"I'm gonna bring out some of the old favorites.We're gonna bring back some memories up in there for sure. Not only am I a fan of BET and I'm really grateful that BET is still around and doing events of this magnitude, but for it to be in my hometown, L.A., and for me to perform at the Staples Center, it's a real cool notch on my belt. It's great in so many ways."

Still in the air is if the brotherhood of CUBE, REN, and YELLA will be joined by Dr. DRE, but; CUBE says that they are working on some NEW music for the film soundtrack to STRAIGHT OUTTA COMPTON.

Here are some interview highlights from ROLLING STONE:

When is the last time you got onstage with MC Ren and DJ Yella?

The last time I performed with Yella was 1989. That was a long time, but with Ren, it was the Up in Smoke Tour [in 2000]. It was real cool to be onstage with him again, but that's still been 15 years ago. So it's real cool to get up there and with the excitement around Straight Outta Compton, the movie. I think people are going to just be extra excited to get a glimpse of us.

So you'll be doing songs from Straight Outta Compton at the BET Experience. Which ones?

I can't give up everything [laughs]. You gotta make it to the Staples Center. I want to keep that a secret and just bring back memories, keep it rockin'. You know, old-school hip-hop at its finest.

On your recent tours, you've done "Straight Outta Compton" and "Gangsta Gangsta." How does it feel to revisit those?

I love 'em. It also reminds me of how far I've come in entertainment and hip-hop. I always like to give people a taste of my history. I've got so many records I could do, so I just want to make sure I spread it out and people get a taste of songs they like. It's not a bad problem to have.

With everything going on in the world, do you feel a song like "F*ck tha Police" means more now more than ever?

You know, actually, it don't. That song is still in the same place before it was made. It's our legacy here in America with the police department and any kind of authority figures that have to deal with us on a day-to-day basis. There's usually abuse and violence connected to that interaction, so when "F*ck tha Police" was made in 1989, it was 400 years in the making. And it's still just as relevant as it was before it was made.

Will Dre be at the Staples Center, too?

You know, if you wish upon a star, you never know [laughs]. You never know. It's like, I hope he blesses us with his presence. But if not, I've been rockin' for a long time without anybody. So whoever shows up, I'm still gonna rock. Whoever don't show up, we still gonna rock.

Are you guys working on new music for the Straight Outta Compton soundtrack?

We're definitely dibbling and dabbling, so to speak. It's all about how great it comes out when you're creating something. We can throw anything together; we can put rhymes and beats together easy. But our expectation level is so high, and if we meet our threshold, the world gets to hear what it is. If we don't, we still need more time together to make it happen. It's really some TLC, tender love and care, being put into these records. We'll see what it is.