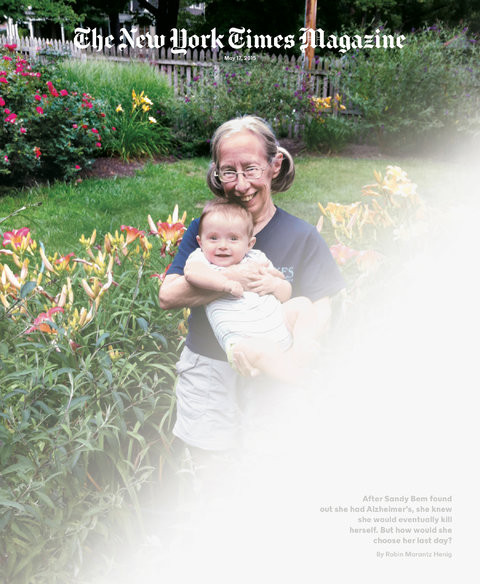 Within about a year and a half after her diagnosis of MCI, her condition had progressed into ALZHEIMER'S DISEASE.

Dr. SANDY BEM resolved that before she would allow ALZHEIMER'S DISEASE to rob her of her mind, she would kill herself.

NEW YORK TIMES MAGAZINE Journalist ROBIN MARANTZ HENIG chronicles the journey of Dr. SANDY BEM up until The LAST DAY Of HER LIFE.