Admit it: You love EMPIRE.

You are NOT alone.

Thanks to record ratings, soapy plots, and a sterling cast, Empire has become the television story of 2015.

In this week’s cover story, EW spends 48 hours on the wild Chicago set for the final days of shooting season one, including witnessing an epic catfight, the cast dancing to the Fame theme, and star Terrence Howard in a cape (it’s complicated).

Created by Danny Strong and Lee Daniels, with music by megaproducer Timbaland, the show tells the story of Lucious Lyon (Howard), an ALS-stricken music CEO who struggles to choose one of his three sons as his replacement while dealing with his ex-con ex-wife, Cookie. It’s campy, provocative, moving, and exhilarating—sometimes all in the same scene.


“You hear people talking about it. It just opens up the vision of decision-makers. Finally there’s so many African-American experiences that can be seen and viewed by everybody. It’s nice to be there, really, at the epicenter of it all.”


“I thought it would take a couple years [to be a hit] and maybe get a little peak and then come back down. I didn’t know it would jump off from there. But now that such a huge audience has joined in to the dance and are following, I feel so responsible to keep them there.”

EARL LLOYD - FIRST BLACK PLAYER In NBA Has PASSED AWAY At 86!!!

"The NBA family has lost one of its patriarchs. Earl Lloyd, the first African-American to play in an NBA game, was as inspirational as he was understated. He was known as a modest gentleman who played the game with skill, class, and pride. His legacy survives in the league he helped integrate, and the entire NBA family will strive to always honor his memory. Our deepest condolences to the Lloyd family."

"The State family mourns the loss of a fellow Yellow Jacket and trailblazer who was a true champion both on and off of the basketball court. When Earl stepped out on the court on that fateful date in 1950, this remarkable man rightfully earned his place in the historic civil rights movement and, more important, he opened the door to equality in America."

The 6-foot-5 forward averaged 8.4 points and 6.4 rebounds in 560 regular-season games in nine seasons with Washington, Syracuse and Detroit. He missed the 1951-52 season while serving in the U.S. Army.

During the 1971-1972 season, EARL LLOYD later became the FIRST BLACK HEAD COACH in the NBA, leading the DETROIT PISTONS to a record of 22-55, and through the first nine games pf the 1972-73 season.

In 2003, he was inducted into the BASKETBALL HALL OF fAME.

At the time of his passing, he lived in Crossville, TN.


RIP to Mr. Earl Lloyd you opened that ever so important door for all African American athletes. Thank You!!!! 🙏's up to your family
— Vince Carter (@mrvincecarter15) February 27, 2015 KANYE WEST On ROLLING OUT!!! ROLLING OUT Magazine has Journalist A. R. SHAW to explain WHY Rapper/Producer/Fashion Designer KANYE WEST OWNS 2015!!! 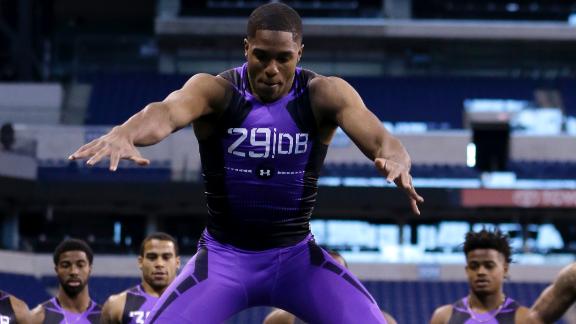 BYRON later had jaws dropping again with his VERTICAL LEAP of 44 1/2 inches at the combine, which this year is taking place in INDIANAPOLIS, IN.

KEVIN GARNETT WANTS To USE His $327 MILLION To BUY The MINNESOTA TIMBERWOLVES!!! 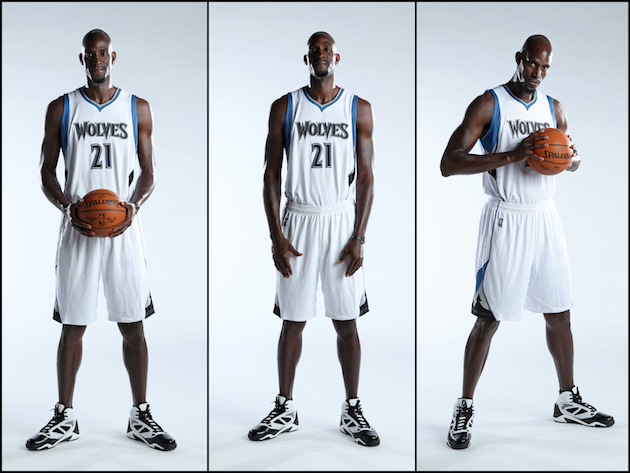 NBA Center KEVIN "KG" GARNETT was recently traded back to his original team, the MINNESOTA TIMBERWOLVES, and is the highest-earning player in NBA history, making $327 million in salary since he was drafted by the TIMBERWOLVES in 1995.


PIONEER PRESS Journalist CHARLEY WALTERS says KG wants to play for two more seasons and then form a group with coach and president Flip Saunders to buy the team in 2017.


The Wolves, for whom [owner Glen Taylor] paid $88 million in 1994, were valued at $625 million last January by Forbes. Taylor, who turns 74 in April, is amenable to taking in more limited partners. But he's not interested in selling his team until he finds out what the Atlanta Hawks, who are for sale and currently are taking bids, end up going for.


"I want to buy the Timberwolves. Put a group together and perhaps some day try to buy the team. That's what I want."


MICHAEL JORDAN, the only former player who's now a majority owner of an NBA franchise, told ESPN last fall that he'd like to see more players follow his path to the front office.

Monday morning, FOX 8 NEWS In The MORNING Co-Anchor KRISTI CAPEL was on LIVE TV describing how impressed she was with LADY GAGA's performance, when she used the racial epithet, JIGABOO, to describe Lady Gaga's own music.

CLEVELAND.com reports that early this morning, KRISTI CAPEL issued an ON-AIR apology, and claimed ignorance of the terminology, saying;


"I just want to take a moment to address a comment that I made yesterday that got a lot of attention. It's important for me to let you know that I deeply regret my insensitive comment. And I truly did not know the meaning of the word and would never intentionally use such hurtful language. I sincerely apologize for using that language and promise to learn from this, and I hope you will give me that chance."

“HIP HOP has done more damage to BLACK and BROWN people than RACISM in the last 10 years.”

FOX NEWS CHANNEL (FNC) Political Analyst JUAN WILLIAMS is behind Geraldo Rivera 100 percent over his comments that hip-hop has done more damage to minorities in the past decade than has racism.


“In hop hop culture, you can demean and play to the worst racial stereotypes of black people and say you’re celebrating black culture.”

In much of the hip-hop industry, Williams said, black men are made into “sexual deviants” and black women can be referred to as “nothing but a bunch of h*es and b*tches.”
Actress STACEY DASH totally disagrees with both GERALDO and JUAN, stating;


"I disagree with Geraldo. I love Geraldo, but I totally disagree. Coming from a HIP HOP family - my cousin is DAMON DASH and he started ROC-A-FELLA RECORDS with JAY-Z. I know that this is a way for men to legitimize their lives. It sells, it makes money, and it's capitalist." 
Last night in HOLLYWOOD, the 87th ACADEMY AWARDS went down at the HOLLYWOOD And HIGHLANDS CENTER!!!

Salivate and Lick Your Lips over some of our favorite CRAZY COOL GROOVY Glamorous Gems who carried their Candy Cakes down the 2015 OSCARS RED CARPET. 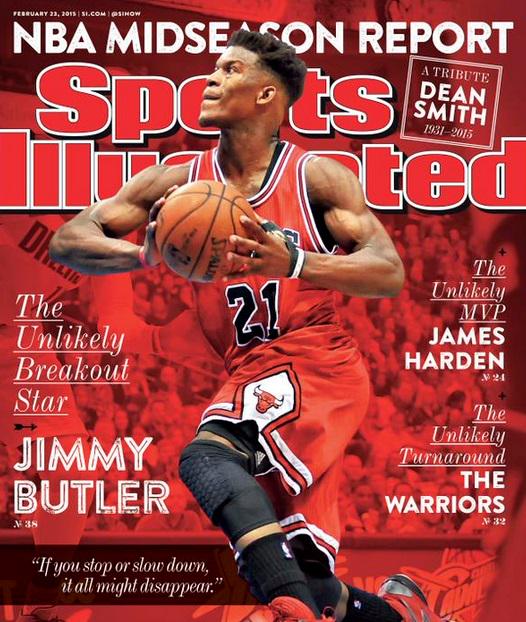 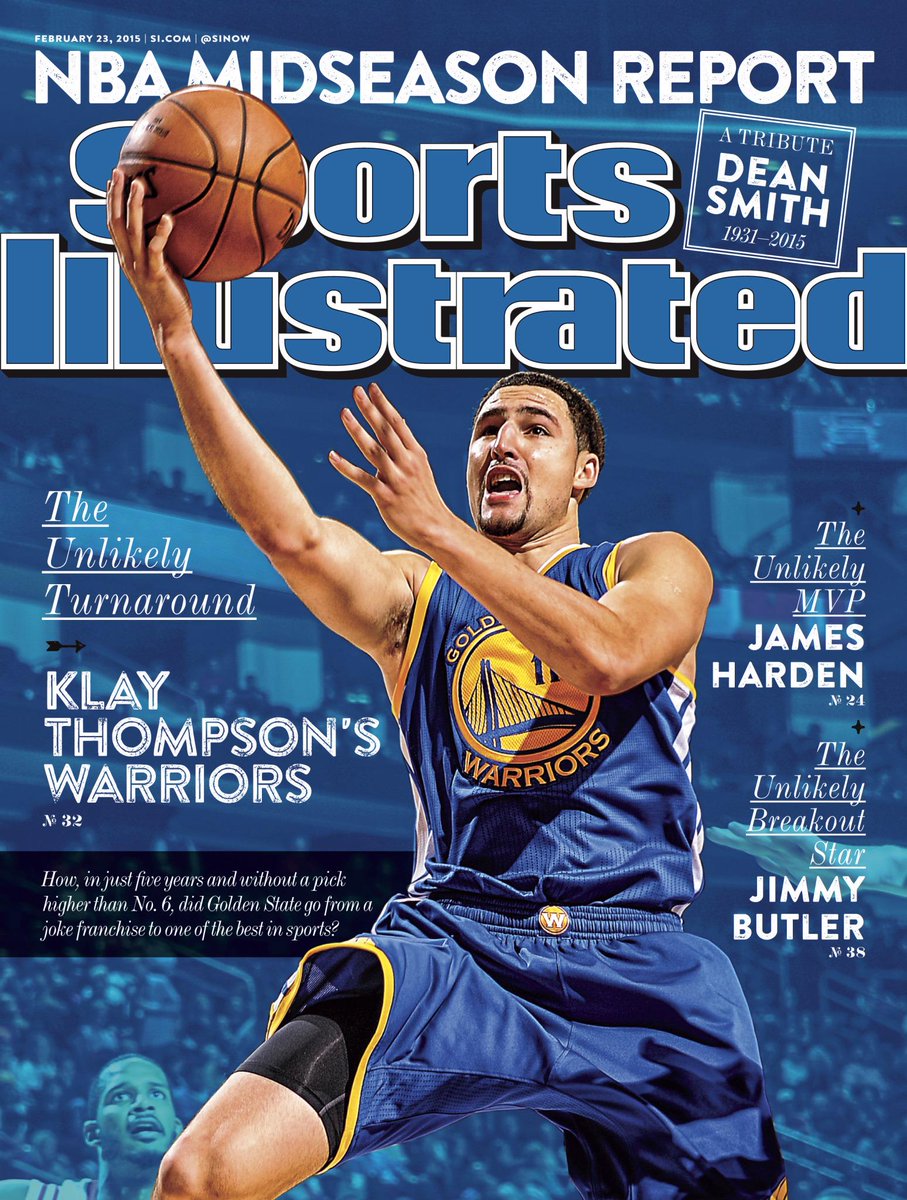 TOKYO, JAPAN-based DJ/Producer/Mixologist DJ MASA a.k.a. TURNING PLATTER a.k.a. JAZZY AFRO has conjured up this musical gumbo with a primary staple of JAZZ FUNK, with substantial portions of AFRO-LATIN-SPIRITUAL elements to bring to you his story of the RHYTHM Of LIFE [SOUL & SALVATION].

HAPPY SOUL And SALVATION Is the RHYTHM Of LIFE SUNDAY MORNING JAZZ At NIGHT!!!

Rhythm of Life 「Soul & Salvation」 by Turningplatter (Djmasa) on Mixcloud
Posted by CCG at 11:07 PM No comments:

AROUND The WORLD On NEW YORK TIMES MAGAZINE!!!

THE NEW YORK TIMES MAGAZINE is all BRAND NEW!!!

For the past four months they've been working on subtle, yet, substantial changes to enhance your NYTM experience.

To that end, THE GLOBAL ISSUE sends you dispatches from BRAZIL, CONGO, FRANCE, HONG KONG, JAPAN, and gives an insider's view BEHIND The SCENES Of The RELAUNCH Of THE NEW YORK TIMES MAGAZINE. CLARK TERRY was born December 14, 1920, in ST. LOUIS, MO, and began his professional music career in the early 1940's, including a stint as a bandsman in the U.S. NAVY during WORLD WAR II.


We offer PRAYERS, LOVE, CONDOLENCES, And WISHES Of WELLNESS to the surviving family, and at the same time; we celebrate the LIFE, LOVE, and MUSICAL LEGACY of CLARK TERRY.

CRAZY COOL GROOVY CONGRATULATIONS goes out to PHILADELPHIA UNIVERSITY RAMS Head Basketball Coach/PRO BASKETBALL Hall of Famer HERB MAGEE who on Saturday, February 7, led his team to an 80 - 60 victory over POST UNIVERSITY to secure his 1,000th win as a Head Coach!!!

HERB MAGEE arrived at Philadelphia University in 1959, and never left the Division II school where he has been Head Coach for 48 years.


Yesterday in HOLLYWOOD, the 2015 ESSENCE: BLACK WOMEN IN HOLLYWOOD LUNCHEON went down at the BEVERLY WILSHIRE HOTEL!!!

Salivate and Lick Your Lips over some of our favorite Coffee, Chocolate, Caramel, Cinnamon, and Creamy CRAZY COOL GROOVY Delectable Delights who carried their Candy Cakes down the 2015 ESSENCE: BLACK WOMEN IN HOLLYWOOD BLUS CARPET. ORANGE IS THE NW BLACK Cast