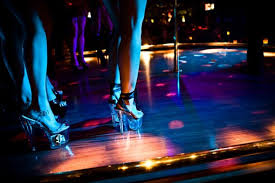 Another ATLANTA strip club is now being sued by two former dancers who claim that they were denied a minimum wage!!!

They say they also were required to kick back some of what they earned to help pay for security, a DJ and a house mom.

Last January, a federal judge ruled that strippers at Pin Ups were employees, not independent contractors, and were entitled to a minimum wage and overtime pay.

CHARLES BRIDGERS is an attorney with the law firm DeLONG CALDWELL BRIDGERS FITZPATRICK that is representing the two ladies.

In 2009, The ONYX, another Atlanta adult club, was sued. The case was settled with 73 dancers paid a total of $1.55 million, court records showed showed.


“The Onyx decision was the case that got everyone’s attention.”

The latest suit states that “At all times … defendants intentionally and willfully misclassified plaintiffs as independent .”

Legal experts say the distinction between determining whether a worker is an “independent contractor” or an “employee” turns on factors including how much control the employer wields over the worker, how much the employer determines the worker’s income, and the permanency of the relationship between the parties.


“how integral the service rendered is to the business. In the case of adult night clubs, it is their entire reason for existing.”

Mizner-Klearman and Maxey started working for Doll House II in 2013. They are seeking compensation including unpaid wages due them, plus legal costs.