His girlfriend, AIA COOPER was at the booth next to President OBAMA.


"I really wasn't planning on it," and said it was a case of a "brother just embarrassing you for no reason."

President OBAMA went on to mimic the conversation that AIA would have with MIKE when the two got home.

The POTUS kept it rolling;


"I can't believe Mike. He's such a fool," Obama said, impersonating Cooper. "I was just mortified. But, fortunately the president was nice about it. So it's all right."

He decided to take the joke a step further and tried to make Brown jealous by kissing Cooper on the cheek. 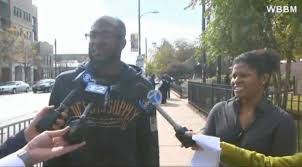