SUGGESTIONS For WHAT TO DO If YOU ARE STOPPED By THE POLICE!!! 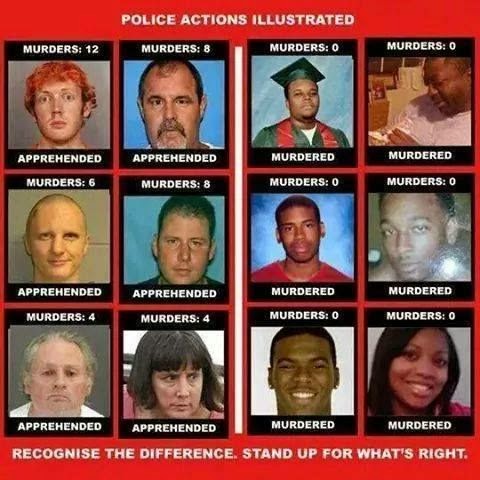 We all recognize the need for effective law enforcement, but we should also understand our own rights and responsibilities — especially in our interactions with the POLICE!!!

BUTT (Big Fat Nasty Racist Killer Cop But); the Saturday, August 9, 2014, shooting death of unarmed 18-year-old FERGUSON, MO-native MICHAEL BROWN at the hands of FERGUSON POLICE Officer DARREN WILSON that occurred in BROAD DAYLIGHT, along with the other young people displayed in the above photo collage, demonstrates that those same rights do not guarantee our surviving a police stop.

The NEW YORK CIVIL LIBERTIES UNION (NYCLU) provides these suggestions for what you can do if you ever are Stopped, Questioned, Arrested, or, Injured during your encounter with the POLICE.

WHAT TO DO IF YOU’RE STOPPED BY THE POLICE:
What do YOU think... do YOU have any suggestions to add to this list???

ELECTRONIC VILLAGE
Posted by CCG at 9:47 AM