BRALESS THURSDAY - TAKE OFF YOUR BRA: YOUR BREASTS CHANGE AS YOU AGE!!!

During any time today, have you taken some personal time for yourself, and taken off your BRA?

Your BREAST HEALTH is not, and never has been, a one-size-fits-all prescription.

The general principles for TAKING CARE Of YOUR BREASTS are the same whether you’re in your 40s, 50s, or 60s, and beyond, BUTT; how you apply the principles changes with time.

NOW would probably a good time for you to TAKE OFF YOUR BRA.

Lets start with what actually MAKES A BREAST, and then move on to HOW YOUR BREASTS CHANGE AS YOU AGE.

If you have not already done so, now would probably be a good time to Take Off Your BRA.

What are breasts made of?

Breasts have lobes, lobules, ducts, an areola, and a nipple.

Your Breasts in Your 30s

During this decade, hormones like estrogen help to keep breasts firm. Breasts contain no muscles. Rather, they consist of fibrous tissue, fatty tissue, plus dense glandular tissue that includes milk-producing glands called lobules and ducts to carry milk.

Fortunately, in the 30s, breast problems tend to be benign (noncancerous). Younger women commonly experience fibrocystic breast disease, a broad term that is characterized by breast pain, cysts, and noncancerous lumpiness. Fibroadenomas can also affect women in their 30s. These rubbery lumps made of fibrous and glandular tissue aren’t cancerous, but they can hurt. If they’re bothersome, they can be surgically removed.

During this decade, which has become more popular for childbearing, breastfeeding offers mothers some long-term protection against breast cancer. But some women worry that breastfeeding will cause breast sagging. Experts say that nursing doesn’t actually cause breast tissue to droop. Instead, breast swelling during lactation can stretch the skin over the breast.

Things that contribute to sagging include: larger pre-pregnancy bra cup size, greater number of pregnancies, cigarette smoking (which can weaken skin elasticity), and older age. As the years go by, breasts become less glandular and fattier, which makes them less firm.

Your Breasts in Your 40s

During the 40s, breast shape continues to change for most women. After menopause, the breast has less glandular tissue but more fat, leading to more sagging.

The numbers show that breast cancer risk rises during this decade; a woman between the ages of 40 and 49 now has a one in 68 chance of being diagnosed. Therefore, mammogram screening enters the picture.

NATIONAL CANCER INSTITUTE recommends getting a first mammogram at age 40 and then one subsequently every one to two years afterward. However, women with a strong family history of breast or ovarian cancer should ask their doctors about starting mammogram screening before 40.

The National Cancer Institute also urges all women to report the following breast changes to their doctors:
UCLA BREAST CENTER reports that cysts are the most common type of breast lump seen in women during their 40s.

Your Breasts in Your 50s

After menopause, the breasts not only become fattier but will shrink because women no longer need the milk-producing glands for breastfeeding.

While harmless lumps may come and go with the menstrual cycle in younger women, any new lump that appears after menopause requires a doctor’s prompt attention.

Most breast cancers occur in women over age 50, according to the National Cancer Institute. From ages 50 to 59, a woman’s chance of being diagnosed with breast cancer stands at 1 in 37.

In the 50s decade, experts advise women to get mammograms every year.

Doctors have an easier time detecting breast cancers in older women because breast density is less likely to obscure tumors. As the fat content increases, the sensitivity of the mammogram often increases.

It’s also smart to keep your weight under control. Research has shown that the chances of developing breast cancer after menopause are higher in overweight or obese women.

Though your age will change, the rules for TAKING CHARGE Of TAKING CARE Of YOUR BREASTS will remain the same. 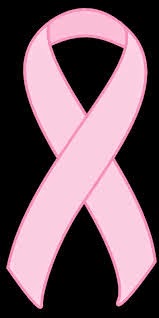