PROBLEM: You hate your job. It's not that the work itself is particularly awful, BUTT; the boss — oh, sheesh — the boss doesn't get it!!!

SOLUTION: You could give two weeks' notice and promise to stay in touch. OR. Or you could do what this woman did — create a video in which you dance around the empty office to KANYE WEST song, GONE, while subtitles explain your decision to leave the world of the gainfully employed.

Then, let the WORLD WIDE WEB take care of the rest.

YAHOO! NEWS reports Writer/Comedian/Waitress MARINA V. SHIFRIN created this video, which has been featured on a variety of outlets including Gawker and Huffington Post.

As MARINA V. SHIFRIN shows off her impressive moves, we learn that she works (er, worked) for an "awesome company" that produces videos for the Web.

But her boss, who remains nameless, seemingly put an emphasis on quantity over quality.


"For almost two years I've sacrificed my relationships, time and energy for this job. And my boss only cares about quantity and how many views each video gets. So I figured I'd make ONE video of my own."

They've got hit records, millions of fans, and the kind of success most musicians only dream of -- and they can't even legally uncork a bottle of champagne to celebrate their success.!!! 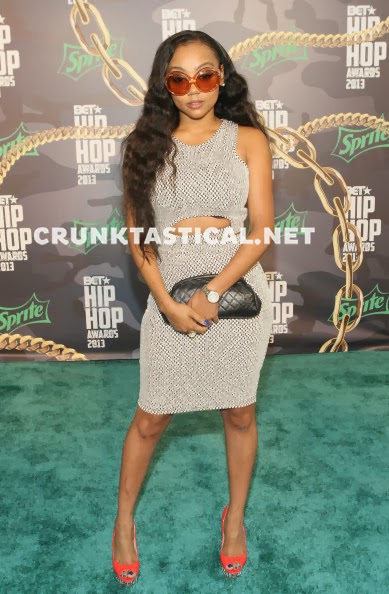 Check out some of our CRAZY COOL GROOVY Gorgeous Gems who carried their Candy Cakes down the catwalk for the 2013 BET HIP HOP AWARDS GREEN CARPET. 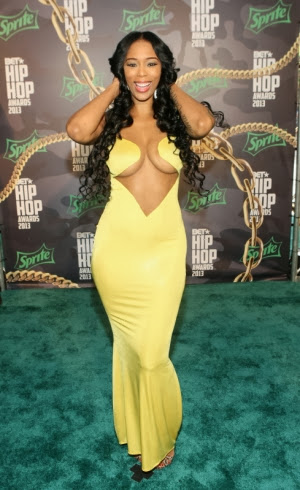 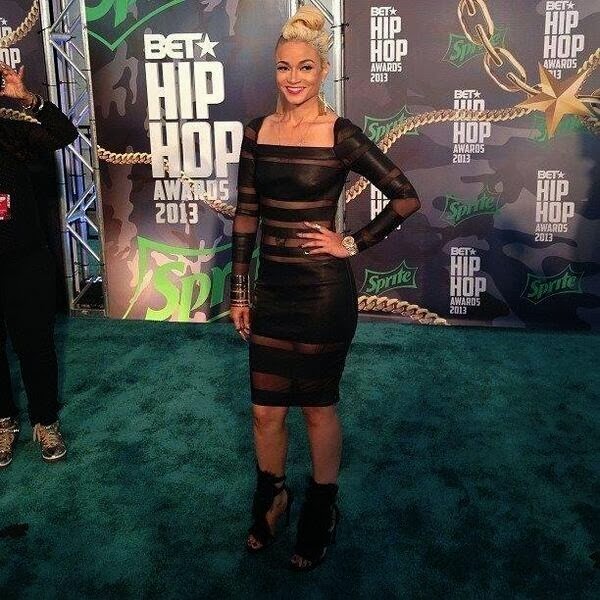 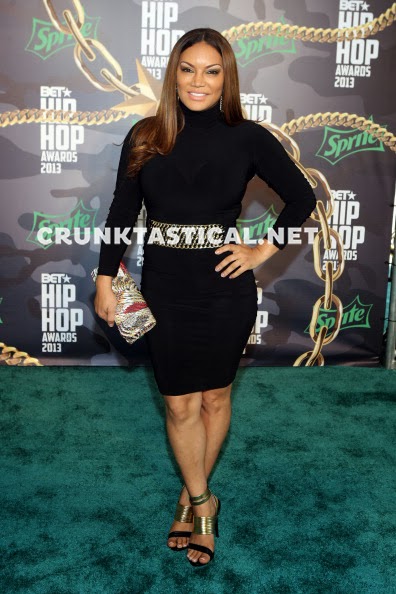 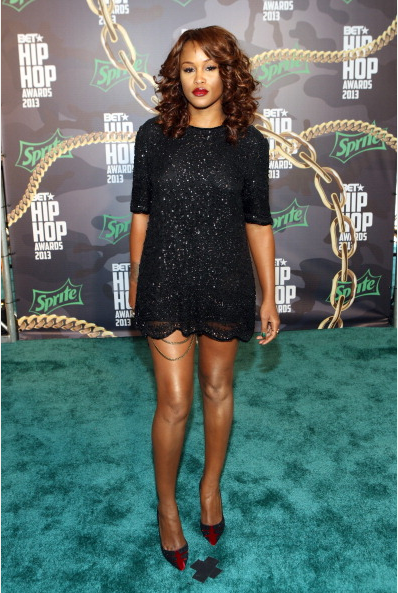 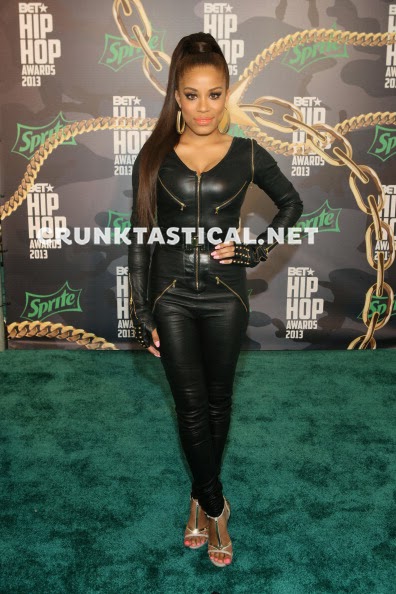 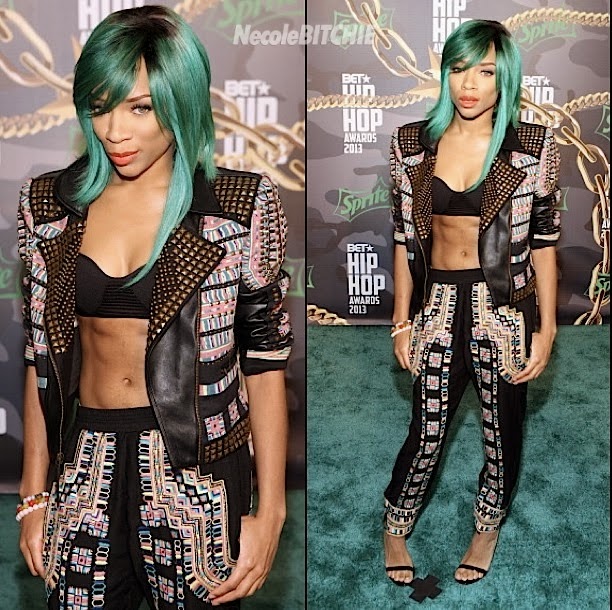 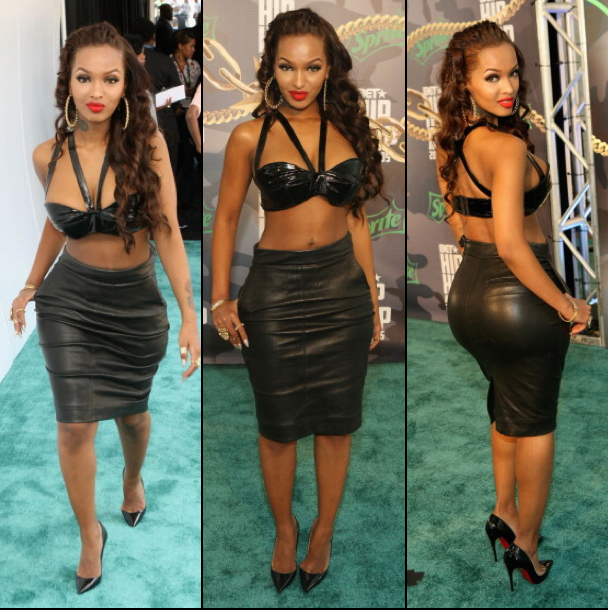 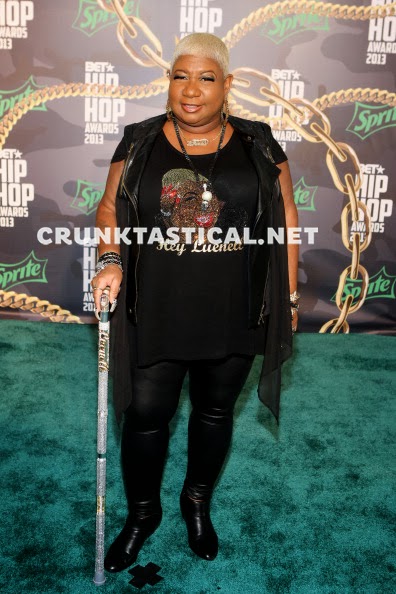 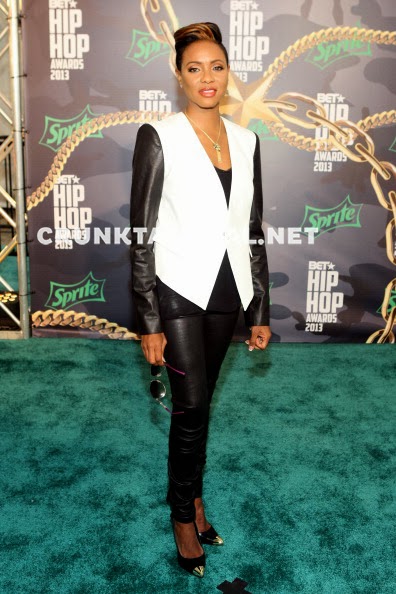 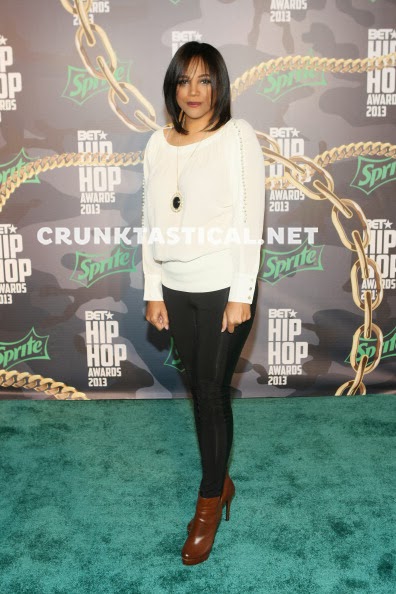 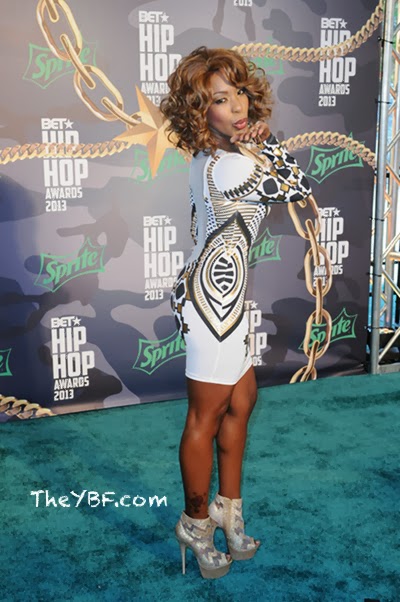 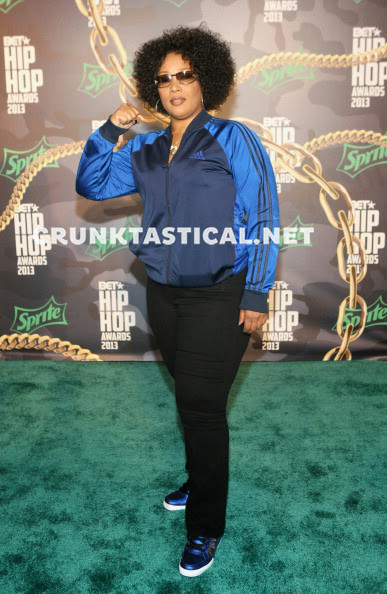 The LADY Of RAGE 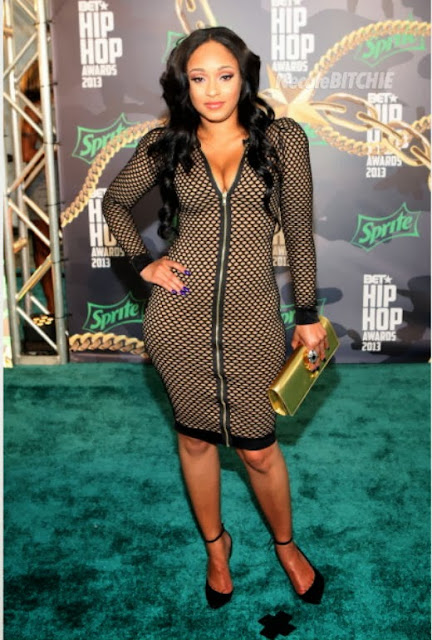 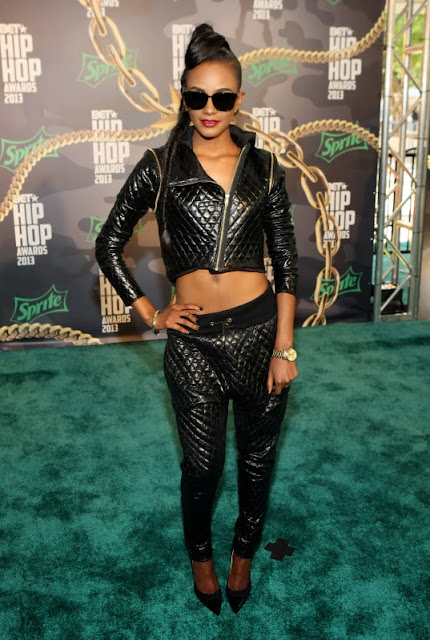 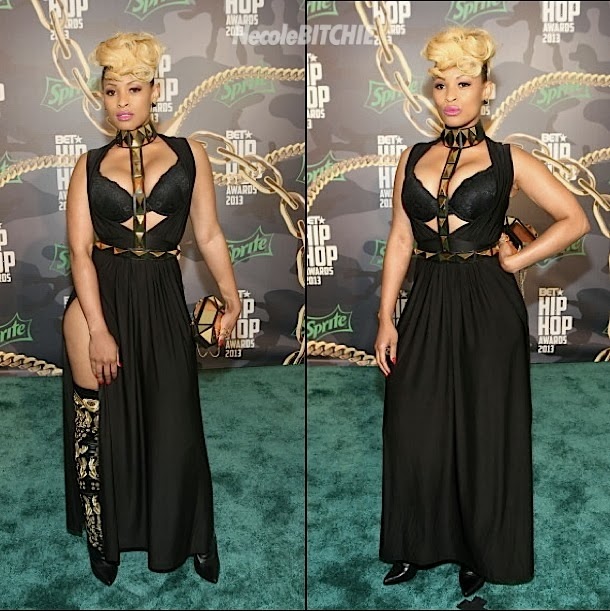 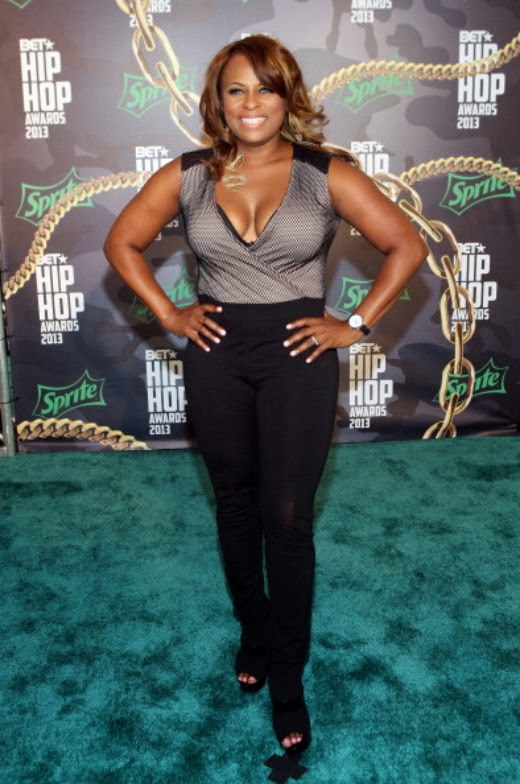 WHITE BOYS BALLIN' In The STREET!!!

ENJOY The NEARNESS Of YOU SUNDAY MORNING JAZZ At NIGHT!!!

Lila Ammons-The Nearness of You. from Lila Ammons on Myspace.
Posted by CCG at 11:54 PM No comments:

The raging ASIAN FUSION Movement is over!!!

The best chefs are now going beyond the chow fun and pad Thai that have become as American as apple pie to approximate new delicacies like xiao long bao and larb moo.

ZAGAT is bringing a new series to guide To guide us through the new ASIAN CUISINE Movement, outlining the dishes that will define the CHINESE. JAPANESE, KOREAN, and THAI Menus of the future.

This heaping helping serves up some of the CANTONESE, HAINAN, and SICHUAN dishes that are increasingly showing up on American menus.

You think YOU know CHINESE FOOD???

Check out the TOP 5 of the 8 CHINESE DISHES YOU NEED To KNOW.

Before there were “dan dan noodles” here in the U.S., there was dan dan mein.

Many recent takes finish the dish off with minced pork and pickled vegetables (ya cai) such as mustard greens. Depending on the cook’s taste (and, of course, the customer's), other versions include peanut oil, peanuts, peanut butter, sesame paste, dark soy sauce, black Chinese vinegar, scallions and Sichuan peppers.

Some versions are even served cold.

Affectionately nicknamed “XLB,” these cute Shanghainese steamed soup dumplings usually arrive in a group of four to 10 in a bamboo steamer basket.

Dip the dumpling in the Chinese vinegar (usually provided), and when you bite into them an explosion of pork broth, or “soup,” spills out into your Chinese spoon.

The tofu and pork bob like a dense flock of seagulls in a hot, red sea of chile oil and vegetarian broth. The steaminess of the dish compounds the heat of Sichuan peppercorns infused into the broth.

The seasonings on the meat nod to sweet barbecue sauce styles native to Kansas City, which tends to lend an bright orange tinge to the paper-white bread surrounding it. The bun’s exterior strikes the same nostalgic chord as the Wonder Bread of your youth, making this Cantonese street snack a total crowd pleaser.

The chicken noodle soup of China, congee (or jook) is akin to rice porridge.

The grains are cooked in water until they break down, forming the best kind of creamy mush. Restaurants serve it straight-up or adorned with various proteins and vegetables. Sometimes it's even served with unsweetened fried Chinese donuts for dipping. If you like pho and ramen, try congee.

DJ JAYCEE; "ALL JACKSON EVERYTHING (MIX)"!!! In Memory, Honor, and Celebration of the August 29 Birthday of the late King of Pop MICHAEL  JACKSON, DJ JAYCEE laid down a 5-hour tribute mix that shut it down at THE SOUND TABLE!!!

Unfortunately; only about 1 hour 20 minutes was able to be captured on audio.

RIHANNA is a naturally Curly Girlie for the November 2013 issue of GLAMOUR!!! 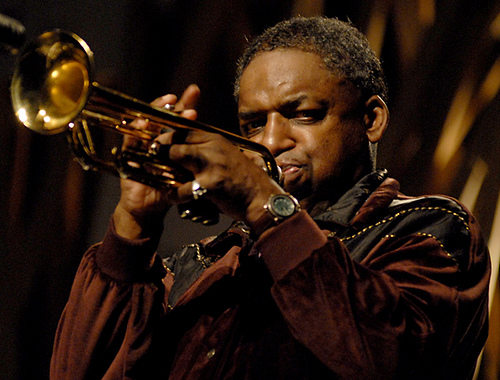 Musician/ Composer/Arranger/Bandleader/Educator/Writer/Actor ROY CAMPBELL, Jr. was born this day in 1952, and today celebrates his 61st Birthday.

ROY CAMPBELL, Jr. was born in LOS ANGELES, CA, grew up in NEW YORK CITY, NY, began taking Piano lessons as a child, and by the time he entered high school, was playing the Flute, Recorder, Violin, and during his senior year; he began earnestly studying the Trumpet.

ROY CAMPBELL, Jr. soon began training with the JAZZ MOBILE Program along with Kenny Dorham, Lee Morgan and Joe Newman.[2] Throughout the 1960s, still unacquainted with the avant-garde movement, he performed in the big bands of the Manhattan Community College. From the 1970s to the present he has performed primarily within the context of free jazz, spending some of this period studying with Yusef Lateef.

In the early 1990s, ROY moved to the Netherlands and performed regularly with Klaas Hekman and Don Cherry.[2] In addition to leading his own groups, he has performed with Yo La Tengo, William Parker, Peter Brotzmann, Matthew Shipp, and other improvisors. Upon returning to the United States he began leading his group Other Dimensions In Music and also formed the Pyramid Trio—a trio formed with William Parker that is unique for not employing the traditional use of a piano.[2] He performs regularly as part of the Festival of New Trumpet Music, which is held annually in NEW YORK CITY.

DYBASTY SERIES NFL GAME OF THE WEEK: PATRIOTS vs FALCONS!!! This week, CHABZ carries the flag for the NEW ENGLAND PATRIOTS, and BROOKLYN flies with the ATLANTA FALCONS for the DYNASTY SERIES NFL GAME Of The WEEK: PATRIOTS vs FALCONS!!! Research has for a long time suggested a link between completed levels of education, socio-economic status, health consciousness, and obesity.

ANN BROWN of MADAME NOIRE lays down some heavy science that solidifies the loose link between BLACK WOMEN, EDUCATION, WEALTH, HEALTH, and OBESITY.

According to new research published in the American Journal of Health Promotion, education is the main factor in the fight against obesity.

Just because you have money doesn’t mean you will take steps to keep your weight in check.

However, if you are educated you will be more likely to eat healthier and exercise.


"Researchers have been studying the relationship between body mass index and socioeconomic status for years, agreeing, for the most part, that women in areas with fewer economic resources have higher BMIs than women in more affluent communities.”.


Researchers from Deakin University in Victoria, Australia gathered data from more than 4,000 women, ages 18 to 45, living in low-income neighborhoods and examined the role of education and income on BMI.

They looked specifically at subjects who are at what they deemed an “amplified disadvantage,” meaning they have a disadvantage in both education and income.


"It has often been suggested that obesity happens because low-income people cannot afford high-quality food. Yet this study’s results suggest an alternative narrative: that it is education, and not income, that constrains people’s ability to eat healthfully.".


On the other hand, a person’s education level was associated with greater access to health information and the capacity to understand and use health information, the study found.
Zimmerman also added that “because only low-income women were studied, it isn’t clear to what extent the results would apply to higher-income women, to men or to non-Australians.”

In 2010, the CENTERS For DISEASE CONTROL And PREVENTION (CDC) examined not only INCOME and EDUCATION, but; they also explored the factor of RACE.

The CDC data shows there is no significant correlation between obesity and education among men. Women were a different story. The CDC report was more in line with the new research finding that women with college degrees are less likely to be obese compared with less formally educated women.


“In fact, among non-Hispanic white, non-Hispanic black, and Mexican-American women, the prevalence of obesity among those with a college degree is significantly lower than among women with some college.”


WOMAN KNOW THYSELF, GET EDUCATED, GET WELL, GET HEALED, And GET HEALTHY!!!

ETHIOPIA-born/WASHINGTON, D.C.-based Songstress WAYNA gifts us with a Sampler of SOUL from her forthcoming album, THE EXPATS!!!

SOULBOUNCE
Posted by CCG at 7:42 PM No comments: SQUAREROOTS and the good folks over at BAMALOVESOUL have taken time from their hectic schedules to BLESS us with the third installment in their Ladies First series that is aptly titled, LADIES FIRST: VOL. 3!!!

With all of this madness about TWERKING going on, this past Sunday night, September 22,  COLOMBIA-born MODERN FAMILY star SOFIA VERGARA decided that the HBO EMMY AFTERPARTY was the perfect place to give Singer MILY CYRUS a lesson on TWERKING!!!

Miley cyrus this is where the twerk was invented. Colombia! http://t.co/fct9AZ6duo
— Sofia Vergara (@SofiaVergara) September 23, 2013 COSMOPOLITAN For LATINAS
Posted by CCG at 7:07 PM 1 comment:

Singer/Actress MEGAN LYNNE YOUNG, 23, is a native of The PHILIPPINES, and is the first ever FILIPINA to wear the crown of  MISS WORLD.

MISS WORLD 2013 took place on the Indonesian island of BALI.. 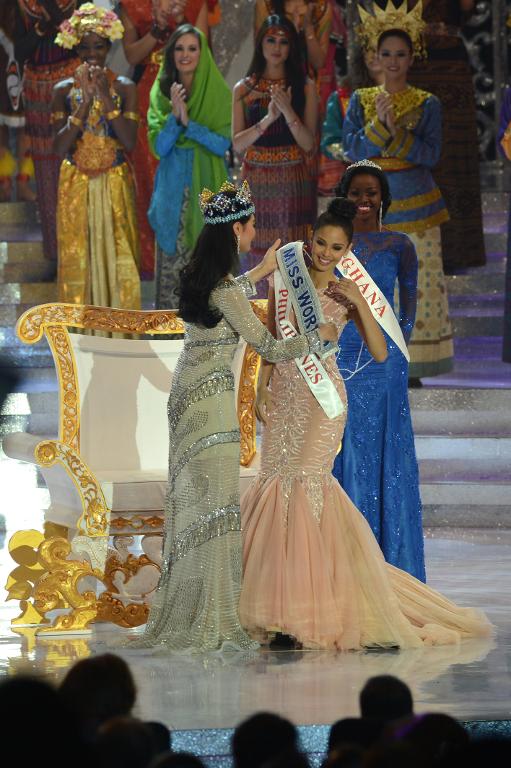 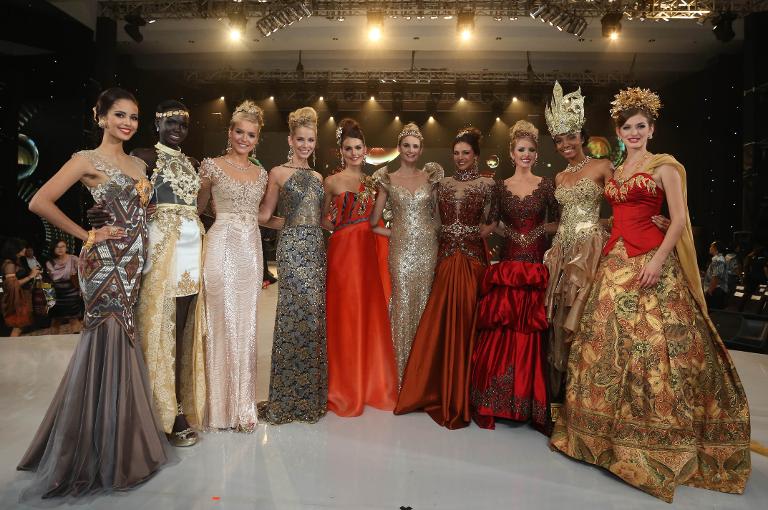