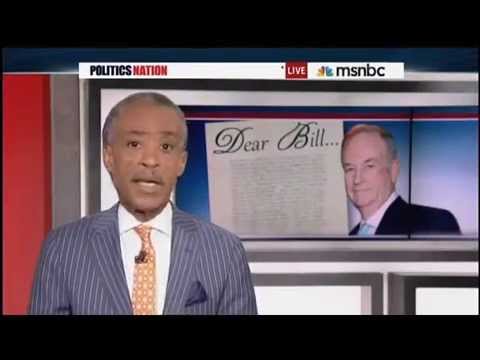 After weeks of harsh accusations flying back and forth between FOX News BILL O'REILLY and MSNBC Host Rev. AL SHARPTON over race in America, Sharpton decided to deliver an “open letter” to O’Reilly on his show Tuesday evening. The host took particular offense to O’Reilly’s use of the term “grievance industry” to describe what Sharpton and his fellow civil rights spokespeople do on a daily basis.


“Having a grievance and fighting to change it, that’s not an industry. It’s one of the finest traditions in this great country, and it dates back to the earliest days of the United States.”

Reading from the First Amendment to the Constitution, Shaprton cited “The right of the people peaceably to assemble, and to petition the government for a redress of grievances.” He also pointed out that The New York Times referred to Dr. Martin Luther King, Jr.‘s 1963 March on Washington as “the greatest assembly for the redress of grievances that this capital has ever seen.”


“America has been bending towards justice for over 200 years. Along the way, from the beginning until now, there have always been people without the ability to rise above their own narrow interests and petty score settling… The grievances we faced in America have changed over time, just as the country has changed. But today there are still deep injustices that we must address.”

If the justice system wasn’t so biased towards minorities, Sharpton argued, then maybe he wouldn’t have to express so many grievances. “If the police in Sanford had acted justly, maybe Trayvon Martin’s parents wouldn’t have had a grievance and called me and others to come publicize their demands for the arrest and a proper investigation.”


“This country has always evolved because people stood up, addressed the problems of their time, and fought to change them,” Sharpton concluded. “That’s the greatness of America. Now you know, Bill. Sincerely yours, Reverend Al.”

Visit NBCNews.com for breaking news, world news, and news about the economy