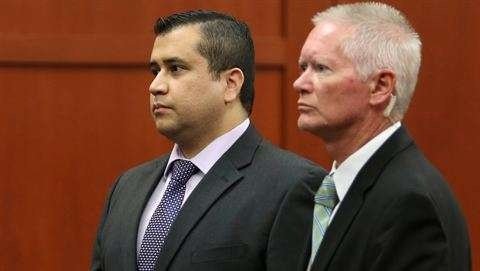 Unless you have truly been living under a mountain of rocks, then you know that GEORGE ZIMMERMAN is the man who has been on trial, charged with MURDER in the February 26, 2012, Shooting Death of 17-year-old TRAYVON BENJAMIN MARTIN in the city of SANFORD, FL.

Saturday, July 13, 2013, GEORGE ZIMMERMAN was found NOT GUILTY of Second-Degree MURDER and MANSLAUGHTER.

The verdict is the culmination of a case that captured the nation’s attention and will undoubtedly be imprinted in America’s history. The not guilty verdict means the jury of six women found that GEORGE ZIMMERMAN justifiably used deadly force and reasonably believed that such force was “necessary to prevent imminent death or great bodily harm” to himself — Florida’s definition of self-defense.

CNN reports when the verdict came, it was as dramatic as anyone could have imagined.


A late Saturday night, a courtroom of breathless people, the accused man standing, and finally the words:

"We, the jury, find George Zimmerman not guilty."

Zimmerman blinked and shook hands with his legal team. His mother smiled. His wife cried. It was over.
But outside, the reaction was just beginning. In the crowd milling near the court, some chanted;

"No justice, no peace," while others spoke about the disappointment they had dreaded.

An African-American man in a white shirt and gray vest stood with his arm around his young son's shoulders.

"I believe that there is a family whose heart was broken, who probably believes once again the system has failed them. We've been praying for both families because we know that it has been a hard time for everybody that's been involved. But as far as justice ... personally, I think that the system failed the Martin family." 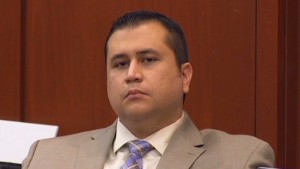 "What kind of world do we live in where an innocent is killed, and the killer is found innocent?"


"America has given a free pass to murder Black Youth."

A Twitter user by the name Sam Is Dead echoed a common theme among those frustrated with the decision,

Suspected racism in the justice system, deep-seated, secretive and historic, was the crux of the case for millions.
That was what made it a national story, instead of merely a local tragedy.
They did not believe it was just about a 17-year-old named TRAYVON MARTIN being shot on a rainy night.
They believed it was about generations of young black men targeted, stalked, suspected and brutalized by police, security guards, neighborhood watches and courts.
GEORGETOWN UNIVERSITY Professor of History and African American Studies MAURICE JACKSON said,

"It's something bigger because Trayvon Martin is all of our sons. He's the son of all people who are African-American and of those who are conscious of what it means to be black in America."

After the verdict, his message was somber.
Professor JACKSON continued,

"I feel for his parents. This is a sad day for democracy and for justice."

A much harsher statement came around the same time from another professor who studies race at Drexel University in Philadelphia.
PHILADELPHIA located-DREXEL UNIVERSITY Professor GEORGE CICCARIELLO-MAHER said,

"This verdict was prepared from day one. From the media campaign of demonizing Martin, to the selection of a nonblack jury, to the instruction not to refer to race ... his was the chronicle of an acquittal foretold."

On and on the outrage went. 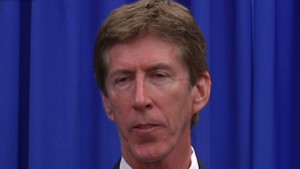 Reaction was swift, and varied.
COLOR Of CHANGE, an online civil rights group, said it highlighted a deep-seated issue,

"This is another tragedy for black families. .. the verdict sends a clear message about the minimal value place on the lives of young black men and boys everywhere," the group said.

"The acquittal of George Zimmerman is a slap in the face to the American people," he said.